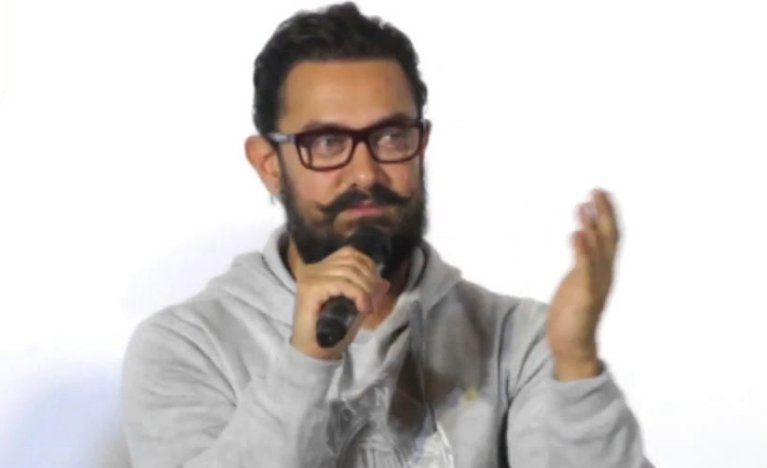 Aamir Khan's filmography boasts of blockbusters like "Lagaan", "Rang De Basanti" and "Dangal". The credit, he says, goes to his heart, which he religiously follows while signing on the dotted line.

Since the 1980s, the 52-year-old has been fitting seamlessly between characters like a cab driver, a clown thief or a fun-loving college student.

Asked about his favourite film, Aamir told IANS over phone from Malta: "All the films that I have done are very close to me and I don't measure my films based on their business."

But one can't overlook the massive success of his film "Dangal" that has surpassed the Rs 1,000 crore-mark of box office collections in China - the first Indian film to achieve the feat.

"'Taare Zameen Par' is as close to me as 'Dangal'. So are 'PK', '3 Idiots' and 'Lagaan'. I can't differentiate between any one of them. All are equally important to me," he said.

Since "Dangal", which narrates the story of the real life wrestlers and sisters Geeta and Babita Phogat, broke several records at the box office, is he feeling the pressure to do better?

"No. I don't feel that kind of pressure. I follow my heart as far as creative decisions go... As to what I am going to do next. It's never affected by the success of my previous films," he said.

"My choice of films is dictated by my emotional interest in the story and my creative interest," added the actor, who is shooting for Vijay Krishna Acharya's "Thugs of Hindostan" in Malta.

It will bring him together with megastar Amitabh Bachchan on the big screen for the first time.

"I am most excited to work with Amitabh Bachchan for the first time. It is a dream come true. I've always been his huge fan," said Aamir.

He is equally excited about his other project, "Secret Superstar".

"My next film is 'Secret Superstar'. It's about a 14-year-old girl. She is the central character. I love the story. It's a beautiful story," he said about the film that traces the journey of an aspiring singer named Insia.

"Will it do the same kind of business like 'Dangal'? I have no idea. I had no idea that 'Taare Zameen Par' would be a huge success either. I did it because of the story or even 'Dangal'... It's not a conventional mainstream story. It's about an old man who has grey hair, daughters and no romance... A story about a family and wrestling.

"It's not a conventional kind of a film. Who knew it would do this kind of business?" asked the actor.

He is geared up for another biopic, "Salute", which will be his second biopic after the grand success of "Dangal".

The project will be jointly produced by Aamir, Screwvala and Kapur under their banners AKP, RSVP and Roy Kapur Films respectively.