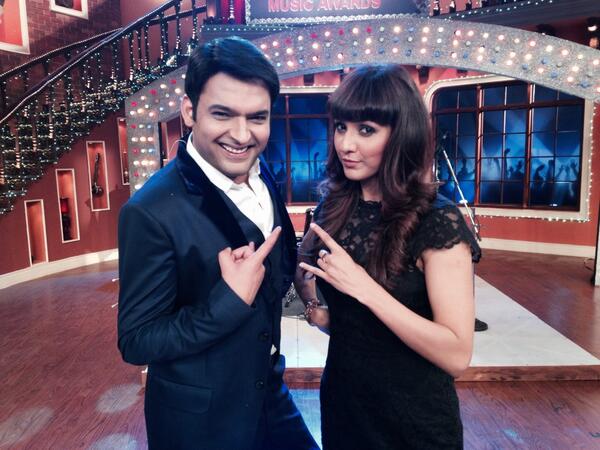 K9 Productions' popular comedy show Comedy Nights with Kapil of Colors will be having a special musical episode with some of the popular singers who are all set to make their presence felt and have a hearty laugh over the host Kapil Sharma's humorous gags.

The special episode will see noted singers like Alka Yagnik, Kumar Sanu, Neeti Mohan, Meet Brothers, Kanika and Tochi Raina in the show and will also perform on various hit songs. As the show' essence is comedy these singers will enjoy a laughter dose with the crazy family of Kapil Sharma. Not only the viewers but also these noted singers will also enjoy the fun to the fullest.

Music lovers will be seen entertaining their audience with the exciting songs. Popular singer Kanika and Meet Brothers who have composed a foot tapping and peppy number from the film Ragini MMS 2 Baby doll will be seen performing on the same song.

sweetydiyafrien 6 years ago i never knew this just read it... that u are cnwk... love u shakti mohan

I wish we would get to see you in CNWK one day.

Waiting for Neeti on CNWK ^_^

SM_maniac 6 years ago I wish Shakti Mohan would come in CNWK to promote Jhalak
Love U SM &lt;3