The Indian remake of Bruce Almighthy, God Tussi Great Ho, is all set to release after a long time. Saajid-Waajid who did an excellent job with Salman Khan’s last movie Partner, are back with the upcoming God Tussi Great Ho which besides Salman also stars Amitabh in the role of the Almighty and Priyanka Chopra as the protagonists’ love.

"Let's Party" the opening song of the album is a typical peppy party number. A sense of deja vu sets in as the song has been picturerized in a similar manner to “Dupatta Tera” from Partner. With tunes, rendention and music resembling to “Its the Time To Disco” the song had the possibility of doing marvels on the dance floor. However, the ingredients are just not right for the song. Singers Shaan and Sunidhi’s voices fall flat due to the lack of originality in the song. Lack of flow and uniqueness will make the song a forgotten one much too quickly. 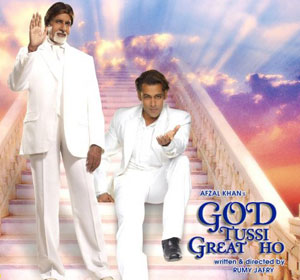 Featured Video
Then comes a slightly better composition "Tujhe Aksa Beach Ghuma" which also has visuals quite similar to that of the title track of Mujhse Shaadi Karogi. Wajid along with Amrita Kak in this song has attempted to give a good fun quotient to the song along with funny lyrics by Shabbir Ahmed. However, the hip hop tune with the goofy lyrics just doesn't gel as one is left looking for the meaning of the song when there is none!

The title song “God Tussi Great Ho” sung by Sony Nigam has an Indian touch though like the previous track the lyrics lack sense. Shankar Mahadevan's voice is quite powerful in the song but the repetitive tunes leave the audience unengaged. The song is followed by a remix version later in the album which leaves the listener wondering why????

"Tumko Dekha" starts off really well, slow and simple and initially gives one the feeling that this maybe the Ace of the album. Neeraj Sridhar paired with Shreya Ghoshal make the song melodious and a taker for romantic music lovers. Yet some out of sy 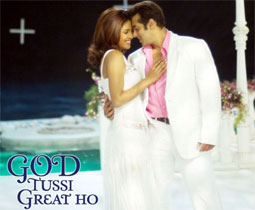 nc music piecrs inserted in the middle break the beautiful rhtyhm of the song and once again leave listeners with a disappointment. However, despite its flaws the song can be said to be the best of the album.

And finally comes the famous "Lal Chunariya" termed as a favorite for Sajid-Wajid and Salman Khan! The best part about this Deven Shukla written song is the coming together of Udit Narayan and Alka Yagnik, which seems to be happening after ages! 'Lal Chunariya' has a feel and impact similar to countless such songs that Sajid-Wajid have composed previously for Salman. Though not living up to the compositions of the past, this song has good rhythm and lyrics and the vintage style of Udit and Alka may make it a hit.

Overall the album is quite disappointing! After many hits from Saajid-Waajid, a listener tunes in with many expectations which are not met at all. The ingredients of the album donnot gel well as the tunes and the lyrics are below ordinary making the album a fare that will soon be forgotten!

Album Rating : One out of Five chilies; Below Ordinary Compositions & Lyrics. 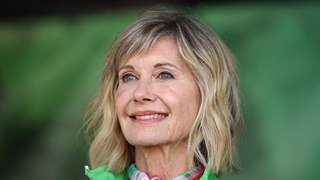