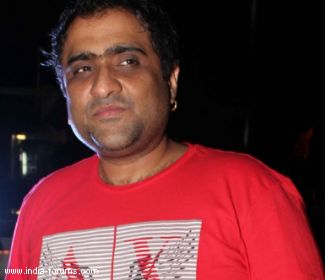 growth and expansion of the industry gives him hope and happiness.

"I recorded a song for 'Bol Bachchan', but now it's not going in the movie. They said it will be used in some other project," Ghanjawala told IANS.

"So, something that has to be used for 'Bol Bachchan' is now not being used in the movie... the work is so unpredictable. But I'm not bothered to ask about the song as they are my close friends," he added. Directed by Rohit Shetty, "Bol Bachchan" is coming out July 6.

"I also sang a song for Salim-Sulaiman for a Yash Raj Films' project that featured John Abraham. Unfortunately, the film got shelved and the song is not being used anywhere," he added.

Getting one's due is another problem for singers, he said and added: "Normally, singers are not invited for the movie releases. Ironical as this may sound, everyone wants to see only the actor and actress... and this is understandable," he said.

"We (singers) don't go because we don't feel good enough to be there, because we are not given the due respect," added the singer who had participated in the singing reality show "Sa Re Ga Ma".

Kunal entered the film industry in 2002 with the song "Deewana aate jaate" in the movie "Ab Ke Baras". Although his first song didn't help his career much, he became known after delivering hits like "Humdum suniyo re", "Masha-Allah", and "Raat ke dhai baje".

As far as genre is concerned, the singer believes pop and independent music are growing.

"It's definitely making roots and growing. A lot of live shows are coming up like Coke Studio and MTV Unplugged. A lot of people are doing album with the Internet-based companies like Hungama and i-tunes. It's happening but all on the Internet. I think it's also threatening Bollywood."

He enjoys working with composer Pritam Chakraborty and recently sang eight songs for him.

Kunal is not restricted to Bollywood - he has worked in the Kannada film industry and has even sung songs in Punjabi, Bengali and Marathi.

Apart from that, he also composes for TV shows and praises the growth and expansion of the music industry.

"The music industry is huge and expanding. Both, Bollywood and non-Bollywood projects are opening up in a big way. It's a signal of growth," he said.

"Singers are doing live shows overseas. I myself did a lot of international shows. The price for the show goes up and down depending on your past work and how famous you are, this is the gray side of the Indian music industry," he added.

Discussing his future plans, he said: "I would compose music, but I will try to do films that would want my expertise and singing style. I don't want to do 30 films in a year, I'd rather do three films in a year."