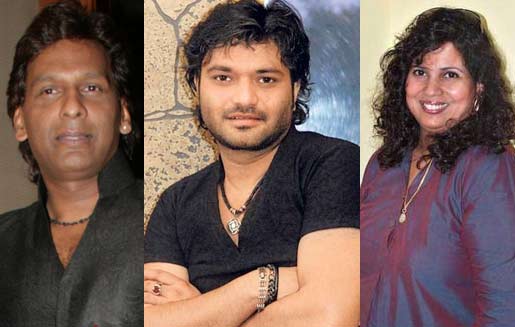 An initiative of PHD Chamber of Commerce and Industry, the event witnessed a full house with people from all walks of life gathered at Talkatora Stadium to relive the music of Bollywood's golden era.

The audience not only remembered with affection the composer who died in 1994, aged only 54 but many of them also grooved to the tunes of Pancham Da's songs with some of the popular tracks performed live by singers including "Piya tu ab toh aaja", "Ek ajnabi haseena se" and "Gulabi aankhein".

The highpoint of the event was performance by Vinod Rathod who flew all the way from Mumbai to be the part of event.

"I started my journey from Delhi so it feels good to be back. I remember my first performance was also titled 'Musafir Hoon Yaaron' and this I did when I was studying in Lala Lajpat Rai College in the capital," said the singer who is known for his tracks in films like "Baazigar" and "Chandni".

Also on the occasion, PHD Chambers of Commerce honoured some media and TV personalities for their exemplary work and dedication to their field at the first edition of PHD Awards for the Excellence in Entertainment and Media.

PHD Chamber of Commerce chairman Sharad Jaypuriya said this was the beginning of PHD Excellence Awards in this field, and every year, it would be given to the journalists and artists selected by the chamber's committee.