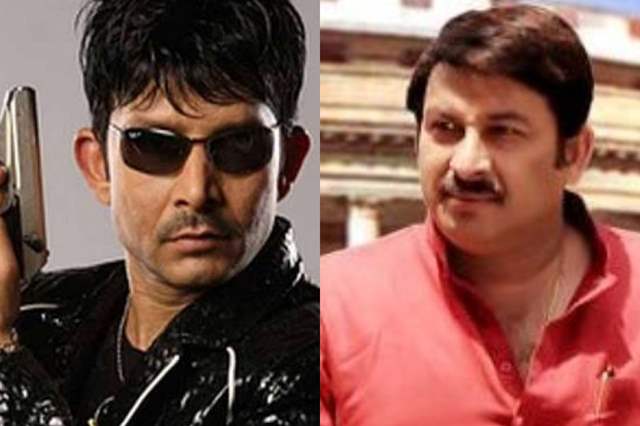 Kamal R Khan has been very active on twitter lately. On second thoughts, when is he not. The ex- Bigg Boss contestant was in the news for commenting on Hina Khan saying, "I got shocked to know that someone has made a film with #HinaKhan! Who will watch it? I am 100 per cent sure that it will be watched by alone Hina Khan only".

Hina Khan had given him an amazing reply via a tweet that read, "#LetsLiftEachOther? Instead of putting each other down for no reason.. I may not matter to you but I have worked my a** off to reach where I am today.. #AppreciationOrNoAppreciation #FromTelevisionToFilms #TelevisionHasItAll #WeDeserveAChanceToo."

After that, KRK has made quite a few tweets about BJP, Manoj Tiwari and Bigg Boss 13 but a recent tweet of his caught our attention. Kamal Khan sent out a tweet after the Delhi election results were out referring to Manoj Tiwari. The tweet said "Manoj Tiwari was not able to snatch an egg from Dolly Bindra in #BiggBoss house, and he was dreaming to snatch Delhi from #Kejriwal? How? Mungeri Lal Ke Sapne!"

On a related note, Dolly Bindra had tweeted about her ordeal yesterday. Her tweet read,  "Oh my eve teasing in Delhi khule  aam I and my friends outside my friends place as my @VodafoneIN no network came out to make calls there was this boy on bike looking at us and singing lalalalalalaa and went ahead and slipped my lawyer was also there just tweeting to let all knw"

Are you following the election news?

Sumeet Vyas is all set to play Yudhveer Singh in ALTBalaji ...
15 minutes ago

Sushant's sister Shweta Writes 'Be careful who you mess ...
29 minutes ago

Sidharth Sagar Re-unites with Parents after two years!
39 minutes ago

Rhea Chakraborty Records her statements at ED’s office in ...
an hour ago

Siddharth Pithani opens up about Missing Pages from ...
an hour ago

Rhea Chakraborty Hides her Face, Gets Mobbed as she Arrives ...
an hour ago

ED rejects Rhea Chakraborty’s Plea to Postpone Recording of ...
an hour ago

Vaani Kapoor to Romance Ayushmann Khurrana in Abhishek ...
an hour ago