9X, the Hindi General Entertainment Channel, gave a one in a lifetime opportunity to the kids of as they held the auditions for a first-of-its-kind reality show, Chak De Bachche. 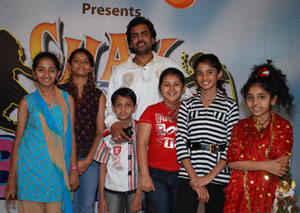 Featured Video
The auditions were held on Sunday the 24th of February 2008 at The Supremo, and were held on a first-come-first-served basis, which started at 9 a.m. Auditions were open to children in the age group of 8-14 years, to bring out their hidden talent.

Commenting about the show, the director Gajendra Singh says, “With Chak De Bachche we will take music reality shows to another level. This show will have participants who are excellent not only in singing but also dancing. For Chak De Bachche, we are trying to seek out complete performers.” And truly some of the best performers did turn out for the auditions. While some of the excelled in singing, others did well in dancing. But only a few were destined to make it to the top six who became the Mumbai finalists.


As these six finalists continue their journey and vow to give their 100% to better their future performances, the Telly Buzz team wishes them success and hopes they make it to the final, making their parents and the state proud. 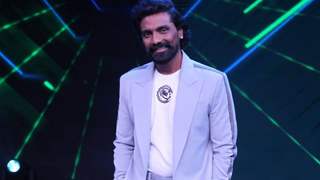 All the Super Moms get ready as we are coming to your city for ...

14 years ago Sounds like a great show, just hope they don't fill it with drama.

+ 3
14 years ago well said ahmed... :)
folks, why do we keep forgetting that its not a reality show with music and kids... there's teh extra baggage to it as well.. taht is: Fake TRP media gimics, melodrama, endless wild card entries, suprsies challengers, etc etc etc....
Good luck to the kids... a whole new world of madeness awaits them..