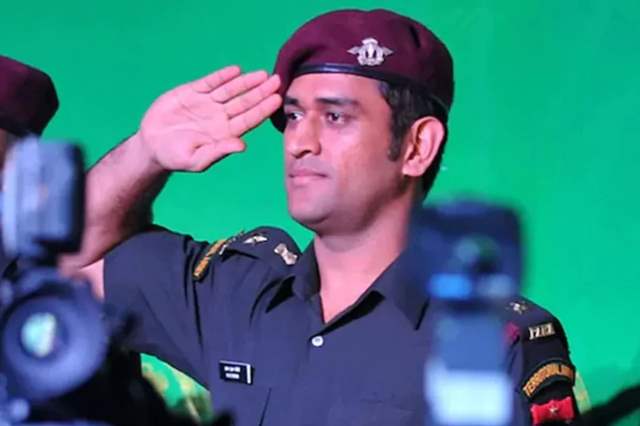 Cricketer and honorary lieutenant-colonel, Mahendra Singh Dhoni, popularly known as MS Dhoni is all set to produce a new Television show. As reported by Mumbai Mirror, the show has been developed to tell stories of decorated army men.

Dhoni recently took a break from Cricket and completed a 2-weeks stint with the Para Regiment of the Indian Army in Kashmir. He was deployed in the valley as a part of Victor Force. The World-Cup winning Indian cricketer was away from the field for almost five months and used the time to spend with his family. Besides, he also used the sabbatical to develop the mentioned Television show. If reports are to be believed, the show might go on-air in a few months.

"It is a series revolving around personal stories of military officers who have been feted for gallantry with top honours like the Ashoka Chakra and Param Vir Chakra. Dhoni knows the journey of the people who have selflessly served the nation and the hardships they have faced while doing so. He wants to bring them into the limelight through his show," the source informed Mirror.

Ekta Kapoor Breaks Her Silence On The FIR Being Lodged For ...