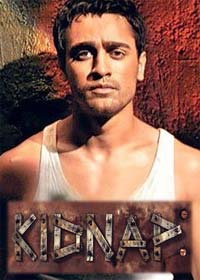 Featured Video
The master of mega blockbusters like Dhoom and Dhoom-2, Sanjay Gadhvi is back with one more high octane drama about a scuffle between a young boy and the father of the girl he kidnaps.

Sonia lives with her mother, Mallika and grandmother as her parents got divorced when she was just ten. Just a week before her eighteenth birthday, Kabir kidnaps her.

Kabir – the abductor makes a point to Sonia’s family that he is interested in speaking only to her father, Vikrant Raina a prosperous New York based Indian business man, with whom he has an old score to settle.

Vikrant returns to India to set his daughter free from the clutches of Kabir. In order to that he has to carry out a series of discouraging tasks planned out by Kabir as a condition to rescue her. At the end of each task there is a clue that helps Vikrant to get closer to his mission of retrieving Sonia back.

Will Vikrant be able to get her daughter back? Or his attempts to get her will remain fruitless? What is there for Kabir at the end?

The movie will be the first release of Sanjay Dutt for the year 2008, co-starring the young Imran Khan. Kidnap will get released on the festive occasion of Eid. Pritam has given the music for the film.