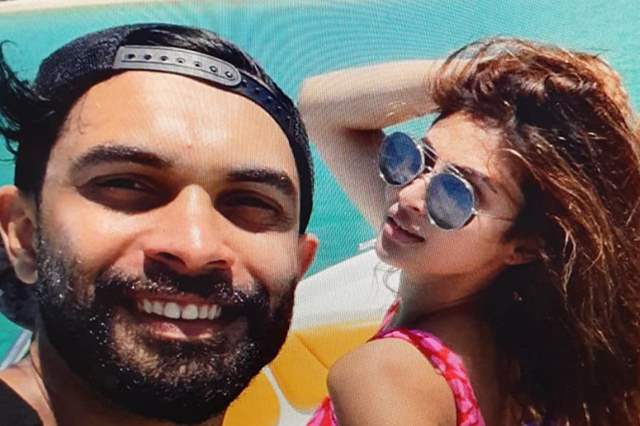 Actress Mouni Roy is certainly on a career-high right now where she has already had two releases since last year and has yet another ready and rolling in the form of Made In China co-starring Rajkummar Rao. However, if there is one thing that the actress has been subjected to ever since her television innings over the years, it has been link-ups.

Apart from her initial relationship with actor Gaurav Chopraa, the actress has ever confirmed nor denied any of them later, especially the one with Mohit Raina. And yet again, Roy was subject to rumors, as it was being reported that she is now dating banker Suraj Nambiar, who is based in Dubai. Roy was on a vacation with her friends in Sonevakiri in Thailand, where she posed for a picture with Nambiar that was posted by her friend Roopali Kadyan who was also on the vacation with her.

Even though the picture was apparently asked to be deleted by Roy, it created a stir amongst many out there who thought if the actress has found love. However, in response to Spotboye, Roy chose to clarify the claims.

The actress said that the dating news is not true and it was just a bunch of friends hanging out with each other to celebrate her birthday. She also added saying that she is certainly single and only concentrating on her work, where she is sick of speculations and rumors.

So, fans of the actress, there's your answer.

Mouni Roy is Stuck in UAE from past 2 Months with 4 days of Clothes!

Director Mayank Sharma reveals what went behind the making ...
16 minutes ago

Pages from Sushant's Personal Diary Leaked: Here's What the ...
27 minutes ago