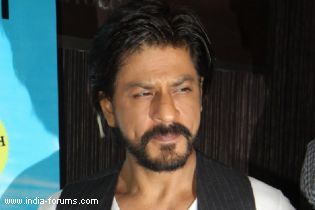 Bollywood superstar Shah Rukh Khan, who was Tuesday conferred the Knight of the Legion of Honour, France's highest honour, said it was his mother's birthday and if she were alive, she would have been extremely happy.

"It's my mother's birthday. If she was alive, apart from being extremely old, she would have been extremely happy that her son has got the highest and the most prestigious honour in the world... so thank you on behalf of my mother," Shah Rukh said.

The honour was conferred on the actor in recognition of his outstanding contribution to cultural diversity across the world.

Created in 1802 by Napoleon Bonaparte, the honour is the highest award given for outstanding service to France, regardless of the nationality of the recipient.