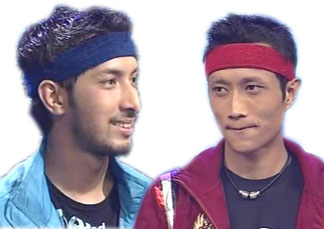 Triangular love stories, matchmaking, sob stories etc, have always been part of the TV serials, but this has also entered the reality shows these days. Instead of focusing primarily on music and performance, the shows are now concentrating more on the personal life of the contestants. Cooking up love stories between contestants, trying to portray a sympathetic view on contestants, have become part of every episode. If there is one show which stands out of all these TRP gimmicks, then that's Indian Idol. With just one week short of getting the third Indian Idol, the top 2 contestants Amit and Prashant are giving their best shot and trying to outdo one another. The elimination of Musarrat in SRGMP and Mirande in SVOI was very sad. But sadder was the public display of outrage by the Rock Gharana mentor - Himesh Reshamiya, who blamed Raja for Musarrat’s elimination on Friday. In this unfortunate fiasco, however a very valid question was raised by Himesh, one which has been plaguing the audience as well – what should be the criteria for voting - should a contestant's previous performance be taken into account or only the performance of that particular week? 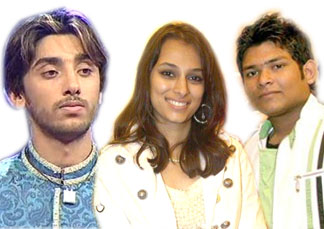 This week, the love story angle reached its ultimate limits in SRGMP. To propagate the Trishanku love story between Aneek, Sumedha and Amanat, we saw Sumedha being tossed like a ping pong ball between Yalgaar gharana and Rock gharana and the saddest part being, her mentor also took part in it. In the little charade put up by Bappida, Ismail and Himesh, one thing was clear – Sumedha was treated just like a puppet doll. Her privacy, sentiments as well as dignity was violated and compromised on. A prank that was carried too far? It was unfortunate to see her being dragged like this, when it was clearly apparent that she did not encourage or want to partake in it. After everything, she would want to be known for her singing not her love victims. The same can be said about Poonam’s background too. That girl is talented enough to make it big, without her background story providing any back up support. It’s about time, such forced love stories and personal stories are stopped being advertised to gain TRP’s. When will the mentors learn that they can’t compromise on a participant's self respect, privacy or dignity? Credit should be given to the Hit It gharana mentors - Vishal and Shekhar for keeping out of these “dramas” and maintaining the dignity required of a mentor(s). 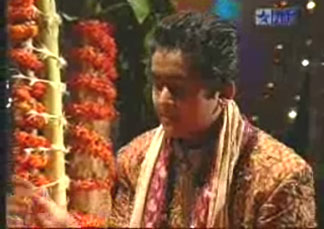 This week’s SVOI was free of the regular “Judgemental” dramas. Friday's episode in SVOI was a very emotional one, with each of the contestant's parents coming on sets to cheer their lads and this also became a historical moment for Jatin and Lalit, as we got to see them unite once again on this set. Overall, this episode can be listed as one of the most memorable episodes of SVOI. On Saturday however, the show seemed to have been following the foot steps of Zee SRGMP. Not only was the theme and the sets looking identical, but even the small drama that was created for the sake of TRP appeared similar. The male contestants fighting over Rakhi Sawant for getting themselves married to her or Alka setting up a marriage bureau for Abhaas might have sounded humorous, but is it really needed for a reality show where we are judging the contestants for their singing?

Every contestant, every mentor, every person has their own personal story. However, it should be simply the talent and being in the right place at the right time, which ought to give these participants the much needed first break. Let these participants then succeed based on merit of their talent and determination. Let their life stories be left private or personal and not advertised this way. It’s fair on them, its fair to their families and its fair to all the audience that, they then vote purely on the merit of a singer’s talent and not on these TRP gimmick stories. 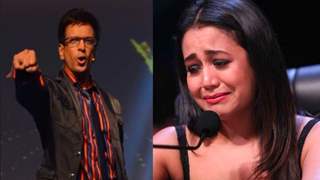 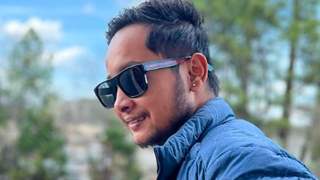 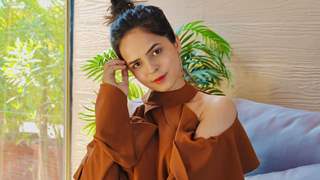 + 3
14 years ago i really feel horrbile for sumedha....tht poor girl is being used for the wrong reasons...n i dun get why she wont tell anyone to shut up....i mean clearly the girl feels embarassed...i mean dun the mentors think once tht this girl is someone;s daughter and her parents hav enuff trust tht they hav allowed her to come on the show.......

im really saddened to see the imaturity in the judges....thtz why i luv the rock gharana....atleast vishal used to tell ppl to shut up...but he has also gone quiet

+ 3
14 years ago Very much agree Barnalidi, I was so upset when Himesh blamed Raja for Mussarat, and then the whole love triangle bit... they were literally treating Sumedha as someone different, not taking her singing seriously but rather waiting for her to finish so they could publicise the love story!! In the beginning, it may have seemed like fun but now it's not helping the contestants.. thanks for the article!

14 years ago I have to agree with you, I feel so bad for Sumedha, she's being put in the middle of all of this without wanting to be in the middle. There is too much drama in all of these shows!

14 years ago i know yar ...this hemish is getting on m nerves now..kitn khaseetay ga story ko

+ 2
14 years ago agreed.. thats why i dont watch these type of shows but i had to cuz junaid was in it and now im obsessed and i fell in love with emon and amit in indian idol but after this season no more hindi reality showz 4 me!

+ 7
14 years ago Completely agree with you on the SRGMP issue, Barnalidi...this is ridiculous. If our petitions don't work, maybe we should boycott the show for a while. A TRP drop might knock some sense into their heads.

14 years ago I agree with this article 100%. Very good job and hats off to the HIt it Garana on saregamapa show. I Vishal's team is excellent and they are just being Mentor on the show they knows their Job well.