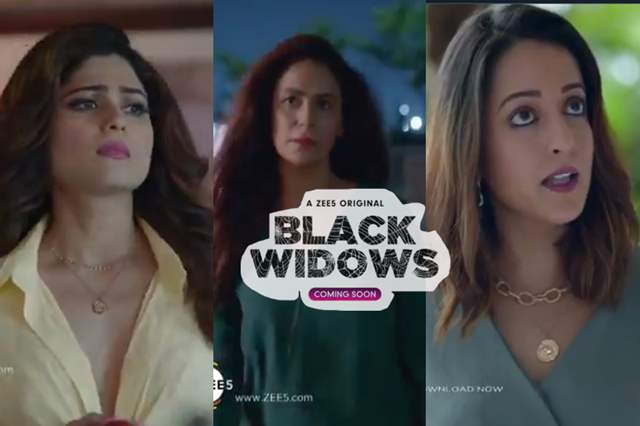 Zee 5 does have a rather interesting set of Indian presentations coming in, and this month of October is probably the one with one of the best lineups for them so far. However, while that happens and we look forward to all the shows/films in October, they are already set and rolling with more shows and films coming in and one of the most interesting ones in that list has to be Black Widows.

Ever since it was announced, Black Widows raised an instant sense of intrigue especially with the kind of starcast it has roped in.

The likes of Shamita Shetty, Mona Singh, Raima Sen, Swastika Mukherjee, Parambata Chattopadhyay and Sharad Kelkar among others star in this project and the teaser trailer of the same recently was recently out-

Even in a mere 30 plus seconds, the teaser manages to put the viewers in a fix as to who was murdered and who is responsible for it. The plotline may or may not deliver but as alluring as the cast looks, that alone will be a reason to look forward to it, isn't it?