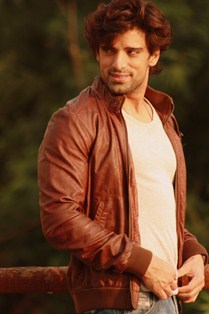 Actor Mohit Malik seems to have taken audiences by a surprise as after Suvreen Guggal - Topper of the year his latest character in his new show Doli Armaanon Ki seems to be quite a change.  In fact we hear that the actor has been receiving a lot of praises from the industry and fans alike for his character.

We spoke to Mohit and he says, "It's been an unbelievable response and I am so glad that people have liked my character.  His mysticism and demeanor are unseen on television and he's a very real guy which made me take up this role.  And the risk seems to have paid off as fans seem to love him even though he isn't a chalked out 'positive' or 'negative' character."

Mohit Malik Reveals that he cannot wait to start shooting!

iPerfection 6 years ago Never ever seen a character like Samrat before..yes I know there are many hot angry young man business tycoon kind of characters but this is something real! This is what I call rude agressive man! Not those fantasy so called angry man like Maan Singh Khurana or Arnav Singh Raizada. Though I like Gurmeet and Barun alooot they are my fav (missing them so much) &lt;3 but at the end their characters which they played was predictable and unrealistic. Samrat is freaking real personality that exists in real. Unfortunately I have seen such men alot. Mohit Malik deserves awards for portraying Samrat so real and so harsh! Hatss off to Mohit &lt;3

amreen2000 6 years ago Your character is so unlovable but we still enjoy watching the show because of you and always waiting to see when you will blow your cool.

mohiti 6 years ago Ur so hottt nd ur thd bestest..love u a lot..

myrah13 6 years ago Love u in black..nd love yhat smirky expression on ur face

zoha11 6 years ago Love u mohit malik...ur a fabulous actor...but my wish is to see u romancing urmi...wanna see a tough sam fall for urmi..

LimitLessFan 6 years ago thanks for the article he is doing fine job as Samrat... wishing you good luck

myrah13 6 years ago Mohit ur the bestest performer on tv..nd the versatality u hve is commendable..past 1 year RC nd now Samrat..its feels as if he is not the same guy...way to go mohit..nd ur sooo handsome..