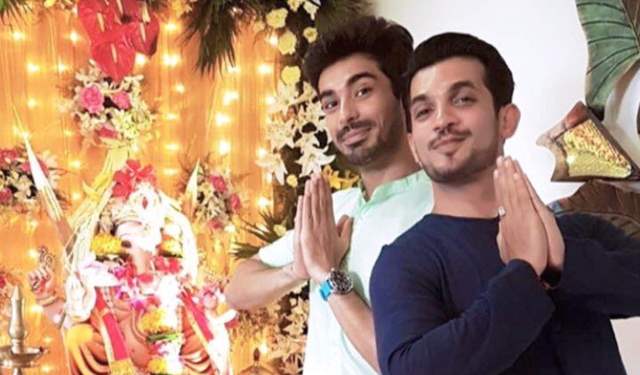 Mohit Sehgal made a return to television of sorts with the supernatural franchise, Naagin 5. The actor was last seen in Love Ka Hai Intezaar and was also busy shooting for his Vikram Bhatt film during the time away from work. Recently, he got talking about his apprehensions if he were offered the very first season. He went on to say he would have given it a second thought wondering how it would shape up, however, now that everyone knows how it is made, he did not have any apprehensions about exploring the genre. He also added how wife Sanaya Irani was also happy for him and asked him to just take the show up.

Arjun Bijlani played the very first lead in Naagin, and he also happens to be his co-star from Miley Jab Hum Tum and a great friend. On being asked if he was worried about the comparisons, he went on to say how each season has a different story and while ratings might fluctuate, there can't be comparisons. He also added how he does not pay attention to them because he doesn't believe in them and simply wants to give it his best shot and let the people decided.

Talking about the kind of roles and the number of shows, Mohit also said that he does not believe in keeping it rolling just to be visible and he will not take up something that lacks creative satisfaction. He also said how everyone wants to make money but for him, creative satisfaction is his priority and he believes in quality over quantity. None the less, he also understands that out of sight is out of mind, however, he doesn't feel that people will forget him and he is grateful that work never stopped coming his way.

ALUJNA21 13 days ago Mohit can give 100 explanations in few words only There's no comparison between Mohit and Arjun the latter was praised and appreciated only.