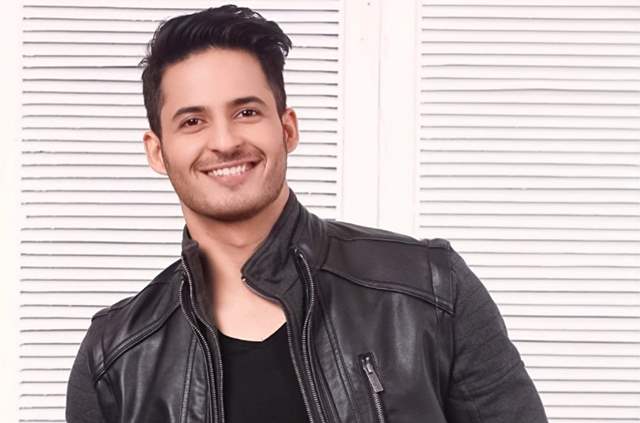 Mohit Malhotra is the latest to join the list of celebrities who have turned producers too. With his production company Roots Entertainment, the actor is producing some new songs with upcoming and established artists in the music industry.

He is making his debut as a producer by launching his music label with Punjabi track “Jatti”, which will be released on July 16. The song has been crooned by Ajay Tarikka and features famous social-media personalities Shadan Farooqui and Aliya Hamidi.

Mohit says production was always on his mind, but he was waiting for the perfect time and right opportunity.

“I am always looking out for new opportunities. Production was always on my mind for a while, and when the opportunity presented, I knew I had to do this. I love creating new things so getting into production was a natural progression to what I was doing,” he said.

Talking about his production company, he said, “Our company is called Roots Entertainment and we have launched a music label as well, which is called Roots Music. We are producing a bunch of new songs with upcoming and established artists. There are some really really good audios in production. I am sure it will bring about a new trend and will keep our viewers and listeners entertained.”

Mohit first faced the camera as a participant of dating reality show “Splitsvilla 2”. He then made his small screen debut with “Mitwa Phool Kamal Ke” in 2009. He has been a part of shows like “Sasural Genda Phool”, “Bade Achhe Lagte Hain” and “Jamai Raja”, to name a few. He feels being an actor foraying into production was a little easy, however, admits that there is still a lot to learn.

“As an actor, since I have almost grown up on sets, it comes as handy. Though there’s so much more to learn as a producer. I feel I have a bigger responsibility now and much more to be accountable for so I am really looking forward to enjoying this journey,” he said. Though it’s just the beginning, the actor revealed that with time he will get into producing content for both TV and the web.

“Content that has an impact and keeps the audience entertained. We have started with the music label and will eventually foray into content for the TV and web platforms,” he said.

Mohit made his Bollywood debut in 2020 with Vikram Bhatt’s “Hacked”. Talking about the kind of roles he is looking forward to, he said, “As an actor, I’d like to be part of great scripts and I am amazed at the kind of content that’s coming out lately. It’s a great high for an actor when he gets to be part of a script that he can make an impact through.”

Here’s wishing all the best to Mohit and hoping that “Jatti” becomes a huge success.

Ankita Lokhande urges everyone to join her and pray for ...
2 hours ago
View More
TOP