The ‘Disco Dancer’ of yester years, Mithun Chakraborthy is back in action now!! 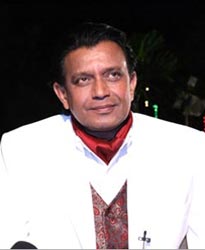 Featured Video
Zee’s Dance India Dance, produced by UTV which will provide a platform for young talents to get trained by professional choreographers and prove their mettle, is now in the audition stages.

Telly Buzz had earlier reported that stalwarts like Mithun Chakraborthy, Priyanka Chopra, Kareena Kapoor and many others have been approached as judges for the show.

Giving us confirmation on the judge is our well-placed source, “Mithun Chakraborthy has been roped in, and he is sure to be judging the show. It is a pleasure to have such a good dancer chairing the judges’ seat. There might be one more judge who will get into the picture. Let’s wait and watch”.

Auditions in small cities are underway, and Ahmedabad will be the first major city to conduct auditions sometime next week.

However, the show will now see three choreographers instead of four. “Pony Verma will not be part of the show. The choreographers who will train the raw talents will be Remo D’Souza, Terrance Lewis and Geeta Kapoor”, adds our source.

As reported by Telly Buzz earlier, the hosts for the show are Jay Bhanushali and Tarana Raja Kapoor.

The show is pitted to replace the ongoing SaReGaMaPa...

the smallest things that make a girl happy..lol