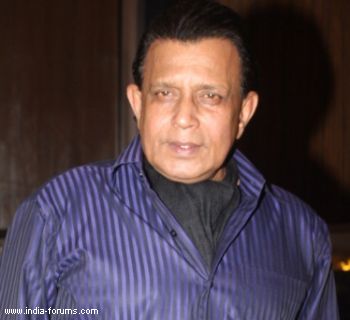 "Dance India Dance L'il Masters" (DID), feels the current lot of youngsters are fortunate to get such a stage to show their skills and says during his time even survival was a struggle.

"When I look at them (the kids), I recall that we did not have such a big stage. It's an old thing and we should not talk about it again and again, but for us to stay alive was itself a struggle," said Mithun who celebrated his 65th birthday on the sets of DID.

"We used to think about a meal... then I also used to think if someone has seen me dance, may be I will get a break. I would say that I do not look back, but I still live with it (those days)," he added.

DID season two will go air on Mithun's birthday, June 16. And will be followed by Father's Day June 17.

"I am a father of four children and you have to ask them if I am a good father or a bad father. But I think I am a good dad, my whole life now revolves around them. I only wish all my four children become great and settle down," said Mithun.

Mithun is still very active in both Bollywood and Bengali cinema. He was last seen in "Housefull 2" and his Bengali film "Nobel Chor" was screened at the BFI London Film Festival last year and also at the 12th Dhaka International Film Festival in January this year.

+ 5
8 years ago Happy Birthday, Mithunda! Youre the most versatile actor plus dancer! Equally good in commercial movies and intellectual movies!

+ 2
8 years ago Hats off to Mithun Da. Like him very much in DID and also loved his character in Housefull 2(veteran actors were d real stars in d movie while rest all were highly unconvincing).