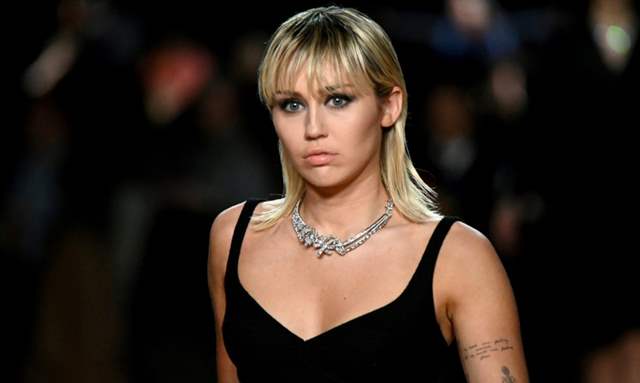 Miley Cyrus has once again made it to the headlines after she recently got even more candid about her sexuality in an interview to SiriusXM.

The ‘Wrecking Ball’ singer disclosed her preferences when it comes to male and female bodies and revealed why she prefers being in a same-sex relationship instead of being with men.

Explaining her statement, Cyrus, simply said: "Girls are way hotter.” The 28-year-old singer also asserted that she is just not interested in men anymore and considers male genitals only as art pieces now.

“We know this. Everyone, I think, can agree that from ancient times d— makes wonderful sculptures," she said. "Other than that, I'm not as interested. I like d— as art pieces. And sculptural, I love the shape, I think it looks really good on a table."

She continued, "Everyone knows that t— are prettier than balls."

Miley also went on to reveal why she has preferred same-sex relationships. Speaking about her revelations, the ‘Midnight Sky’ singer reflected upon her relationships and said that she usually holds more power in relationships due to her fame and popularity.

"The role that I was in made more sense because there's not going to be this weird thing that I pay for everything and whatever," she said. "Like if I'm going to be with a girl, I'm totally down to be with a boss bitch who's as successful, or more successful than me; that's cool, too."

"But I felt like the women I ended up being around, the role fit easier for me, because even in my relationship with men, a lot of the times, I kind of hold a more dominant space," she added.

Miley was previously married to Liam Hemsworth and she has been open in interviews about her dating life and exploring her sexuality. After that relationship ended in divorce she was dating Kaitlynn Carter followed by Cody Simpson.