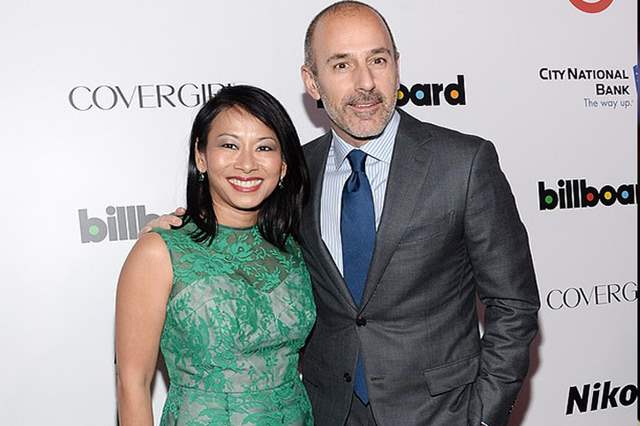 In one way or another, the Matt Lauer harrasment saga continues. After Ronan Farrow's groundbreaking claims in his book, Catch and Kill about Lauer being involved in sexual harassment, Lauer's attorney has constantly been denying ever since.

However, way back in 2017, when the #MeToo movement was in its full force, Melissa Lonner, a former Today show booker, who left NBC News in 2013, tweeted #MeToo. Her tweet received 19 retweets. One of them was from Ann Curry. She added: “Empathy for my friend and colleague.” The revelation as to who was involved in this MeToo tweet was made in Farrow's book, and it was Lauer.

According to The Hollywood Reporter, Lonner told Farrow how, back in 2010, Lauer used a business pretext to get her away from a company cocktail party. Once in an empty office, Lauer guided her to the sofa and proceeded to make small talk. He then unzipped his pants and pulled out his erect penis.

Lauer’s attorney, Elizabeth M. Locke, denies the claim. “Matt never exposed himself to anyone,” she said in a statement. “This ridiculous story has been shopped around for years. Many allegations that are being circulated were never raised during any fact-checking process. And despite repeated requests for an advance copy of this book, we have not been provided one, while many media outlets have. Matt will have more to say at an appropriate time, but he will not take part in the marketing circus for this book.”

The next day, Farrow writes, Lonner tearfully recounted the story to Curry. Lonner feared to make a formal complaint. But Curry told two senior executives — she has never said whom she told. Curry also speaks to Farrow for the book, but she still does not identify the executives.

When Lonner left NBC News in 2013, Farrow writes that she was offered “a six-figure sum in exchange for signing a release of rights,” which precludes her from filing a legal claim. Farrow adds that in 2018, an NBC lawyer contacted Lonner’s attorney to remind her of the “enforceability of her pact.” NBC says the call was in response to a “query from Lonner’s attorney.”