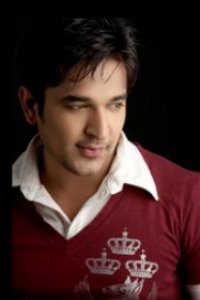 Mehul Bhojak who was earlier seen in the cameo role of Mohitsa in SAB TV's Sajan Re Jhoot Mat Bolo is back in action yet again!! Even though he had failed to grab the property of Pallavi (Shalini Khanna) the last time around, he has come back with a better fool-proof plan this time.

A source says, "Mehul Bhojak will be re-entering Sajan Re Jhoot Mat Bolo. He will be entering as a new character, but with the same purpose to take revenge from the family. He will come as a government inspector who wants to check on the whole property".

We hear that Mehul has been brought in by the channel as his entry had fetched good ratings for the show earlier.

"He will get successful in getting a hold on the property and will bring in a major twist in the story line. It will be a hilarious track wherein the family will struggle to get out of the trap laid by him", adds our source.

We contacted Mehul Bhojak who confirmed the buzz, "Yes, I will be entering the show soon, but I have no idea about the character I am essaying".

Catch the laughter riot in Sajan Re Jhoot Mat Bolo..

+ 4
10 years ago wow, he'll be back..i'm guessing he'll have a beard then or some sort of wig, so people cannot recognize him.

he was like the only thing similar is this type of retrograde amnesia he has. uh, look again at the plot honey. is it really that hard for bollywood directors/writers to admit that things are a copy or to say the least inspired by some other work?

even BLACK had a tinsi little dedication at the beginning to helen keller. but the entire first part of the story is almost a copy of the miracle worker.

its so frustrating. stating references and giving people credit only ADDS legitimacy to your work, not detracts from as they think. in fact in the eyes of the diaspora, by not admitting they are doing exactly what they wish to avoid.

WHEN will ppl in this industry step up to plagarism.

11 years ago why i''m i not surprised that david dhawan is making a film similar to an english film...

+ 2
11 years ago that well be revealed when the movie realese but they say its not so its not yaar! all the best and woow john in it yay! lol