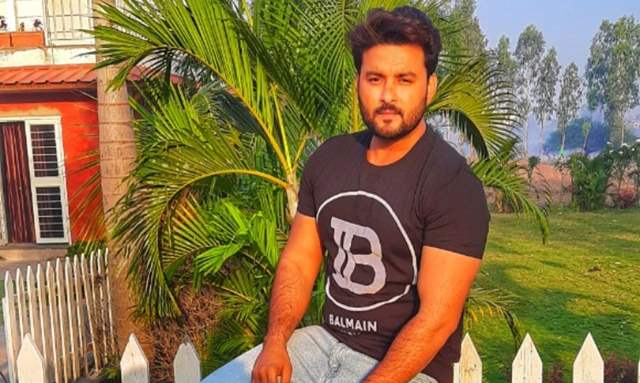 Actor Krishna Kaurav who was last seen in the movie Jai Gangajal and  currently seen playing the role of Harish in the show Mehndi  Hai Rachne Waali talks about the work scenario and more.

According to him, there is no need to have Godfathers in the industry. He says, ''Your hard work and your efforts in the right direction are enough to pave your way in the long run. I have been in the industry for a very long time, I have done roles which might be insignificant in other eyes but were big opportunities for me like my role in Jai Gangajal. . As I was doing theatre, I had seen many big names there, many people used to tell me "Isse baat karle, Usse Help lele". But I wanted to do it on my own. So till now, I haven't had a single day where I have to beg for work. By god's grace, the work that I have done is because of my merit and my craft. But to my discomfort, I have seen many youngsters who want to just do it fast or want one night fame, or just waste time in falling for such things in spite of working on their craft, they spend time pleasing the persons at the superior position, or nodding in everything they say."

"I also believe that many youngsters think that getting into acting is just getting fame, or getting a lot of money. They haven't seen the darker side of it- like having no work for many time periods, or surviving with less or no money in hands, etc. They just see the shiny side of it like getting fame, power, or money. but they often forget that with great power comes great responsibility. I still haven't had a project which would have satisfied my hunger but I am working towards it," he continued.

Talking about the show, he says, "I am receiving good feedback from the audience. People are really liking my work. I am really blessed to have debuted on television with such a good show. It's good to work with a focused cast, where we work together and off-screen we enjoy together."

Well, it is true after all!

+ 3
17 days ago Krishna Kaurav ❤️ wonderful job done for character Harish in MHRW. Hope you will get more screen space and more depth for your role. Supporting actors should never be underestimated.