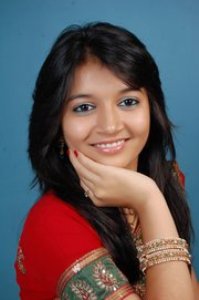 "Nidhi will be paired opposite Tanmay, but for starters Tanu would be her biggest crush. Unfortunately, Tanu avoids her every minute."

We contacted Mehendi Jain and she confirmed, "Yes, I would be essaying Nidhi in the show and I am very excited to be part of the show. I would be starting my shoot from tonight."

With this, a new twist awaits for the audience!

+ 4
8 years ago unfortunately,there's hardly anything we saw of u

9 years ago love, love, love this show, every one is doing job, especially the small girl, and also Karan.

In between, if I am not wrong then Chanchal ( Urmila Sharma ) is friend / neighbor of Tanu's mother who gave the newspaper to her in tonight's episode

9 years ago From the initial promos itself the show looked quite interesting & caught my attention as to where I made a mental note to try this show out when it begins. And m really liking it now. Yesterday's scene between Mohan & the little girl was the best. And the mother-daughter scene on the stairs= emotionally beautiful.
Hope the show gets its deserved recognition. And thanks IF for some buzz on this show.

9 years ago Im loving the show a brillint concept with some great actors. The scenes with mohan megha and the kids are brilliant

9 years ago this is such an amazing show!!! i can't wait for the story to continue moving forward!!!

+ 4
9 years ago this show is really awsome..i m liking it aloot..thnks TB for the article

9 years ago I have started to like this show a lot... Hope everyone carries their roles well..

+ 2
9 years ago it's a lovely show with a great storyline and very talented actors...