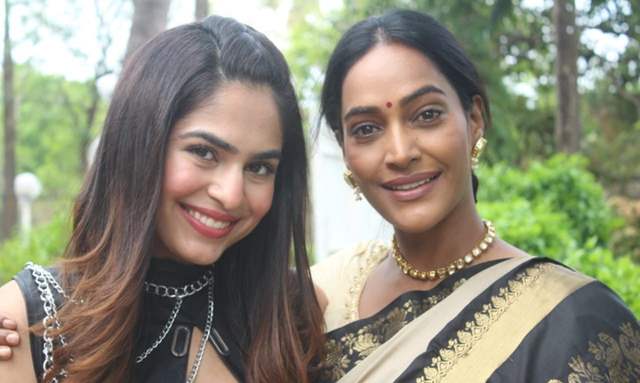 Model turned actress Mehak Ghai has been receiving much appreciation for her role as Manna in Sony Entertainment Television's family drama 'Appnapan... Badalte Rishton Ka Bandhan'. Starring Cezanne Khan and Rajshree Thakur, the show traces the lives of an estranged couple, now single parents and how both face their own challenges of parenting while battling their obstacles from their past. Both of them share five kinds between themselves. While Badal, Gagan and Barkha stay with their mother Pallavi in Meerut, on the other hand, Harsh and Manna stay with their father, Nikhil in New York. But, as destiny brings them face to face once again, will they give a second chance to their relationship for the sake of their family? The answer to this question is definitely going to keep the audience intrigued as each episode unfolds.

In the recent track, viewers have seen Manna (Mehak Ghai) and Pallavi (Rajshree Thakur) seem to be at loggerheads because of Pallavi's sudden confession of being Manna's mother. Shocked by this revelation, Manna seems to be hating her mother, blaming Pallavi for her absence in her daughter's life. Yet, it seems when it comes to off-screen chemistry, Rajshree Thakur and Mehak Ghai, get along with each other like a house on fire.

Talking about their bond Mehak Ghai said, "My character Manna is going through an emotional turmoil after finding out about the existence of her mother. So, the relationship with her mother, Pallavi is not on good terms as she hates her for not being around and leaving her behind for the sake of her other kids. While the mother-daughter duo on-screen relationship seems to have started on a rough patch, but off-screen Rajshree ma’am and I have been getting along brilliantly. Working on the set of Appnapan has been great so far! From being in front of the camera to being behind it, is just a fun experience. The cast has come together so quickly, that it almost feels like family. We don’t only sit down to rehearse but we also have our meals together. So happy and excited to be a part of this show! Couldn’t have asked to work in a better environment! #DreamTeam"

Will Manna understand Pallavi's side of the story to the whole truth or remain in clouds of hate and doubt?