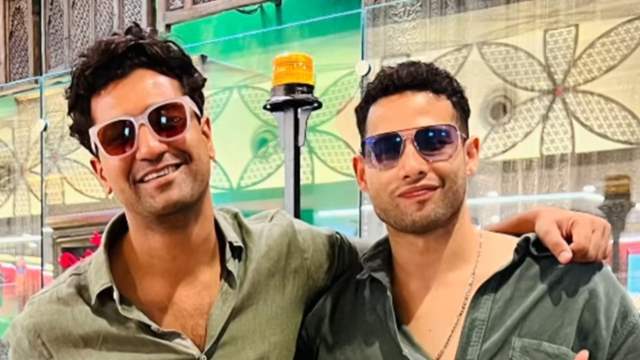 Bollywood actor Siddhant Chaturvedi is gearing up for the release of his upcoming film Phone Bhoot. A few days ago the trailer of the film was released and fans went gaga over the horror comedy. Not only this, but the first song of Phone Bhoot titled 'Kinna Sona' had made its way to everybody's playlist. The film also stars Katrina Kaif, Ishaan Khatter and Jackie Shroff in pivotal roles.

Well, Sid is currently busy promoting the film but there is someone he bumped into who is also helping in the promotions for Phone Bhoot.

Siddhant shared a dashing snap with Vicky as both the handsome hunks' were coincidentally twinning in green shirt, blue jeans and white sneakers. The cool Bollywood dudes completed their look with shades as the smiled at the camera. Sharing the picture Siddhant wrote, "Hare Bhare Kebabs." In no time Vicky reposted the story and filled it with these emojis, "😆🫶🏻✈️👻☎️"

Vicky and Siddhant bumped into each other at the airport where the Uri actor was leaving for Chandigarh for the shoot of his upcoming film Sam Bahadur. 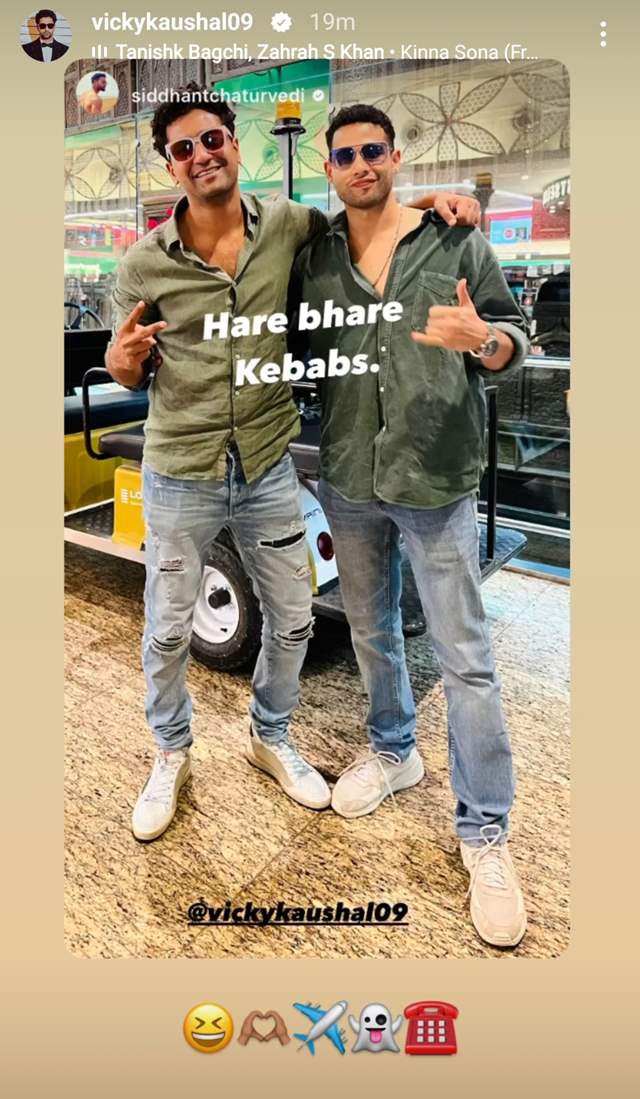 Meanwhile, on the work front, Siddhant has many interesting projects in his pipeline. The actor will next feature in Kho Gaye Hum Kahan alongside Ananya Panday and Adarsh Gourav. It has been backed by Excel Entertainment and Tiger Baby. The film will be the directorial debut of Arjun Varain Singh and is billed as a coming of digital age story of three friends in Mumbai.

When it comes to Vicky, apart from Sam Bahadur  the actor also has Govinda Mera Naam with Bhumi Pednekar and Kiara Advani.