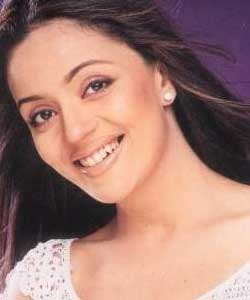 Meenal Pendse, who is now seen in Imagine's Me Ajji Aur Saheb has met with an accident and injured her leg but is still shooting for the show.

We contacted Meenal who told Tellybuzz, "Yes I met with an accident on the 12th of February. A speeding car crashed into my rickshaw with such an impact that  rickshaw turned upside down and fell on my left leg. I was badly injured."

"My leg was bleeding so I couldn't plaster the leg. But now since it's better, the plaster has been put. I want to specially thank Mr. Shiva, a Congress leader as it was Election Day and he was passing through. He helped me and took me to the hospital.My production and unit members are helping me a lot. I am shooting and the creative team have written a story where I have injured myself,"signs off Meenal.

We wish Meenal a speedy recovery.

Alpha_Ka_Gamma 8 years ago oh ya got it i hv seen her in Tujh Sang Preet..sajna...on Starplus wer she played some Vamps Mother or so

VintageWine 8 years ago This is a familiar face !! not Kis Des me ... can anyone tell me any other serial or movie she has been in ?? :-?

pravschills 8 years ago Al though i don't watch the show..i just got a doubt..what if she is pregnant? Are they going to make her pregnant in the show too :D