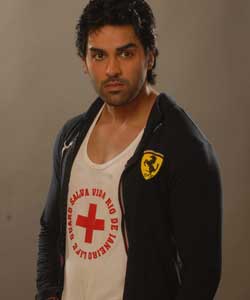 After gaining popularity with reality shows like MTV Splitsvilla and Sony TV's BCL, popular actor Mayank Gandhi, is elated to be back to acting with Beyond Dreams' popular show Million Dollar Girl which airs on Channel V.

"Mayank has already started shooting for the show and he has been roped to play the character of Rishabh Zubair who is an NRI and comes down to Banaras to expand his business. Mayank's character is going to be a parallel lead," says our source.

Mayank says, "I always wanted to play this character because it's a youth show and I share a good relation with the creative team and producer Yash Patnaik. I am very excited to be a part of his team as an actor. We knew each other since long but never got an opportunity to work with him. So when this opportunity came my way, I just grabbed it. It's an important character and they have high hopes from me."

All the best Mayank!

6 years ago This character is ridiculously amazing and liked it.

6 years ago This character is Amazing :D &lt;3 loved it :D

9 years ago it is not now, actually his add of change the game came back quite phlele an d this is an extension of it .keep pace