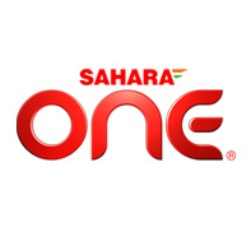 We has earlier reported about Producer Ankur Joshi saving its ongoing show Hi…Padosi Kaun Hai Doshi aired on Sahara One from being pulled off air by the channel. However, the latest we hear is that the same production house is making a fresh show for channel again.
A source from the industry informs, "Maximum production is coming up with a socio comedy family drama tentatively titled as Ghoda Hai, Gadhe Ki Jaroorat Hai for Sahara One. The pilot shoot will start within 15 days and it will be based on various types of marriages that take place between the three generations of a family."
He further states, "The first two generations have experienced an Arrange and a Love Marriage and therefore the family wants a 'Ghar Jamai' (house husband) for their third generation."
Tiku Talsania aka Dhirubhai Uncle of SAB TV's Sajan Re Jhoot Mat Bolo was originally chosen to play the head of the family but due to various issues, Mukesh Raval who is currently seen in Imagine's Beend Banoongaa Ghodi Chadhunga has been roped in to essay the same.
We contacted Producer Ankur Joshi, who roughly states, "Though talks are on, nothing has been confirmed yet."
The concept seems to be extremely appealing and we hope that the audience's react to it in a similar manner.

+ 3
9 years ago is there a channel called Sahara one on my TV ?? ermmm i dun remembr

9 years ago Never watch it since they ended good schows like Doli Sajake or Har Kanch Ki Chodiyaan.

9 years ago wat going end? i not to watch sahara one if hi padosi end.. hi padosi is so gud

+ 4
9 years ago hate u sahara one.. for ending Woh Rehne Waali Mehlon Ki