With the Star Plus late night show Kaali - Ek Agnipariksha going off air, its 11 pm slot will now be replaced by Maryada Lekin Kab Tak?, which currently airs at the 11.30 pm slot. 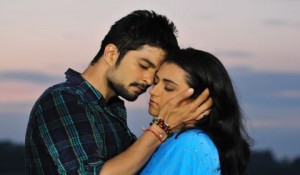 Producer Deeya Singh confirmed the same saying, "We will start airing Maryada at the new time slot from 21st March".

When questioned about the decent numbers (0.9 for 11.30 slot) her show starring Ridhi Dogra and RaQesh Vashisth has been throwing up, Deeya says, "I guess we have for the first time attempted to show what really goes on in a woman's mind. Even the most devoted wife at one time has wished to kill her husband. We are showing what stuff real women are made of. It has not been an easy journey but we stood our ground. The channel has fully supported us. They never asked for any changes in the script, but rather asked us to continue with our belief. Our hard work is paying off now and we have better ratings then three other shows on the same channel which are on more conventional slots."

Deeya further says "Although we have pushed the envelope as far as content goes, the target group remains regular female audience and we know they will tune in. Our confidence stems from the knowledge that women are very eager to find out what happens in other woman's lives".

+ 4
9 years ago Maryada is a great show with good storylines.

9 years ago Its really Sad that a Good show Like Kaali is ending soo soon. According to me its the best show I have ever seen.

+ 3
9 years ago SP is goin to end this also very soon ,SP only likes pratigya,rista,chand chupa type shows ,all good shows like kaali come to an end ,i m goin to leave SP.Bye

9 years ago am happy for the fans...its a good show and has a good and fearless story to it - kudos to the producers for staying true and defending what they believe and the concept of the show in general

+ 6
9 years ago Thank god now I can watch the show every day.....great news for Maryada fans

pinkygirl 9 years ago Nw when maryada is shifted to 11 p.m, then what time tere liye is coming?