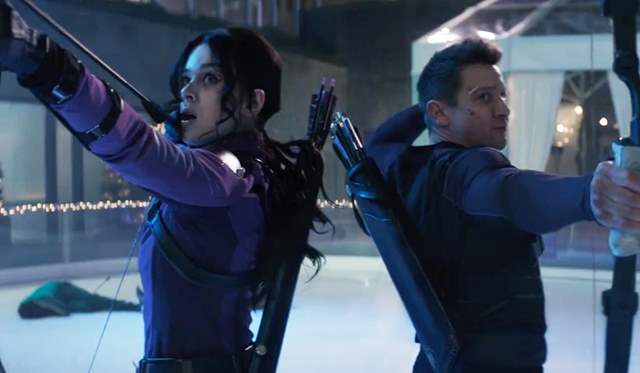 Marvel just doesn't seem to slow down or give a breather to anyone - and we are definitely not complaining. Just on the brink of providing the trailer for Spiderman: No Way Home, the studio has now presented the trailer of yet another mega series in the form of Hawkeye.

While the films have been all huge an amazing so far, Marvel managed to crack the code with shows as well where WandaVision, The Falcon and The Winter Soldier and Loki continue to be loved and critically acclaimed as well. Now with Hawkeye, we officially have the first avenging archer being in action.

Hawkeye obviously has actor Jeremy Renner as Clint Barton returning and has actor Hailee Steinfeld as Kate Bishop, a 22-year-old archer who wishes to follow his footsteps. The series, heavily inspired by Matt Fraction and David Aja’s award-running comics run featuring the duo, will follow Barton after the events of Avengers: Endgame, as he trains the young Kate—obsessed with Clint’s career as a member of Earth’s Mightiest heroes—in the ways of super heroic vigilantism as the next generation to bear the name Hawkeye-