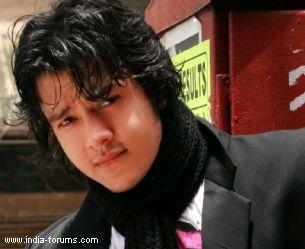 Actor Aniruddh Dave, whose onscreen character Indu Singh in TV series "Ruk Jaana Nahin", is going through a rough patch in his marital life, says marriage and separation have become a joke lately.

The actor is seen opposite Pooja Sharma, who plays the role of Saanchi in the soap opera, which focusses on their tough marriage life.

The current track of the show depicts how Indu and Saanchi have filed for divorce and have been asked to stay together for a trial period of six months.

"These days to get married and get divorced has become a joke," said Aniruddh.

"Both of them (the characters) went to court and asked for a divorce. The judge has asked them to stay together for six months and then decide how they are with each other," he said, referring to the show.

Indu and Saanchi are shown to be poles apart on the show, but the actor says the story will take a twist soon. Love will happen between them, he says.

"It will happen. We have seen so many times that two characters hate each other but then they fall in love with each other, when they have to stay together. This will happen here as well," Aniruddh told IANS.

seriallover_OMG 8 years ago I missed a heart beat when I saw u exercising,,,,you are awesome...I really want u to be a very big star...

suki11 8 years ago Happy belated bday AD. Love your acting in RJN. Your a really talented person, and I'm sure your destined to have a really bright and wonderful future.

utopia88 8 years ago Aniruddh you are such a phenomenal and versatile actor!

You are way above all the other male actors in Indian TV!

You are in a league of your own acting wise!

roshaeldsouza91 8 years ago Aniruddh ji lubb you for the person you are.. awesome.. love track shuru hoga yiipeee... so happy.. :) thank god its not taking like 1yr or 2yr.. love the fact that its kind of seriously done types not doing dheere dheere background music and love.. :) and the reality of marriages and divorce that you mentioned absolutely true.. agree with you

@pressu-bravo well said gal.. :)
love you onscreen and offscreen so simple humble and down to earth you are mmuaaah

Delnaaz Irani speaks about entering Choti Sarrdarrni, her ...
20 minutes ago

Madhrima Tulli & Ssharad Malhotra starrer “Pasta” gets an ...
39 minutes ago

Kareena Kapoor Khan’s 40th Birthday: Inside Pics give ...
56 minutes ago