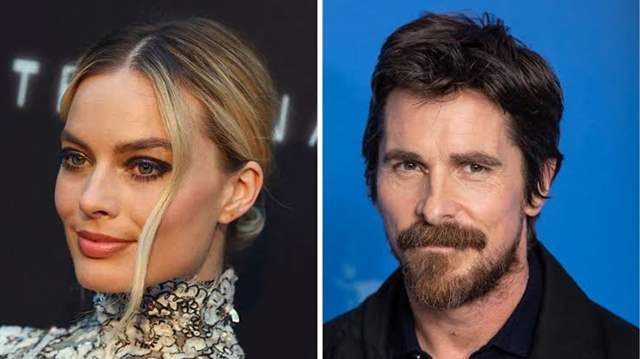 If you thought casting choices cannot get any bigger, your might wanna think again. Talk about two of the biggest star come together for a project ans that is indeed what is happening with David O Russell's upcoming drama.

Actors Margot Robbie and Christian Bale have been roped in to lead the director's upcoming feature.

Plot details are being kept under wraps for the project, which is Russell's first feature since the 2015 Jennifer Lawrence vehicle Joy. He is set to write and direct the new film from an original idea. New Regency will produce and distribute via its deal with 20th Century Studios. Matthew Budman is producing after working with Russell on American Hustle and Joy.

Robbie was up for a best supporting actress Oscar for her role in Bombshell, and she is currently in theaters with Warner Bros.' Birds of Prey, in which she reprises her role as Harley Quinn.

'The camera should never go off', Nawazuddin Siddiqui on ...
13 hours ago

Parineeti Chopra to Feature in ALTBalaji & ZEE5's 'The Test ...
14 hours ago