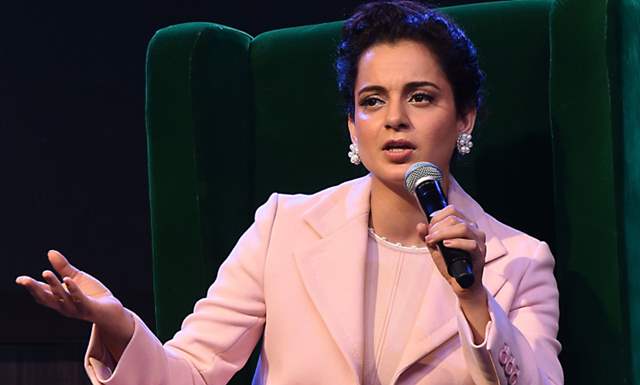 Kangana Ranaut has been outspoken about her views and she does not plan on holding back to from revealing the darkest secrets of Bollywood. The actress does not plan on sparing any details and yet again she has made some of the biggest shocking revelations of all time.

During a recent interview with Republic Kangana claimed to have seen the dark side of Bollywood and also mentioned that many actors do drugs. The Queen actress made sure there are no secrets kept hidden from the audience.

Speaking at great length and detail she made yet another explosive statement and said that when she was once a part of the ‘high and mighty' club of Bollywood where she attended parties every other night and witnessed celebrities indulged in drugs.

Kangana’s claims transpired post the uncovering of a new drug angle in Sushant Singh Rajput’s case after a series of Rhea Chakraborty’s WhatsApp chats about alleged usage of drugs were procured by Times Now. Narcotics Control Bureau (NCB) has already initiated the probe and filed an official complaint against the actress for allegedly dealing in drugs.

Talking to Republic, Kangana said, “Many young actors, my age, they individually snort drugs and do shows. Second, blind items are also being written about these actors. Dealers are the same. Everything is handled in a systematic manner. Their wives also host these parties. It is a different environment altogether. You will find people who only do drugs and indulge in debauchery in such parties.”

Many governments have helped this Bollywood-drug mafia grow. Same Bollywood-drug mafia involved, they know each other, same dealers and peddlers are involved. Then there is another racket - blind items, where actors have admitted that they consume drugs. These people promote nepotism, many of them do drugs from childhood and then become actors or directors. Many of these actors, I dated one of them — they go to a place, start with a drink & then go on with drugs. It all starts with a drink, then a roll, and then a pill, then they snort - it's a secret sign.

Furthermore, she also mentioned, “These actors, their wives move to houses & do drugs, debauchery is unimaginable. I've seen how vulgar it becomes and things get out of control at these drug parties. Some of the realities are shown in a recent film, but the truth is whitewashed. My question is how can such people be idolized?”

Meanwhile, another Republic report also stated Kangana talking about Sushant and that he was drugged to break his mind or to create a ‘controversy’ around his murder. She also added that Sushant did not come from a family that would consume hard drugs like LSD and claimed Rhea might have arranged marijuana, legal in some countries, from abroad for Sushant.