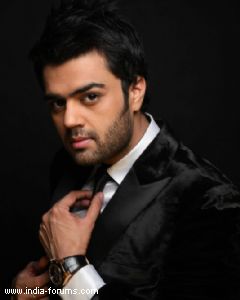 The much hyped show Mad In India is highly criticized by the audience as the comedy factor was missing in the show. Despite the fact that the show has Sunil Grover playing Chutki in the show, Sunil failed to live up to the expectation of the audience. However, the host of the show Manish Paul is being applauded by the masses.

Mad In India, as a show seems to have opened up with negative reviews as the show hasn't gone too well with the audience or the industry.  Whether it's the show's competition with Comedy Nights with Kapil or the fact that the show was supposed to be Sunil Grover's show, there is nothing that really seems to have worked.  Too many characters, too much hype and confusion leaves the show in a lurch.  If there is one thing that does act as a breather in the show it is Manish Paul.

In fact many guests as well as celebrities from the industry have been overheard saying that they have loved Manish in the show. Without any cheap humor, Manish seems to be entertaining the audience with his spontaneity and fun attitude.

We wonder whether the show's format will go for a change to get more winning factors as it seems difficult that Manish can carry the entire show's weight on his shoulders alone with so many characters and loopholes!

niktans 6 years ago I watched 1st episode for the hype that was created n d 2nd was for Manish..superb work by him

-Drama_Queen- 6 years ago And thats why we love Manish Paul!! A great actor, host and comedian :D I bow down to you Manish, your doing fab :D

smallwonder 6 years ago I beg to differ... Manish Paul is over the top, over acting and over excited... He tries to induce forced laughter which really kills it... He has been good in other shows in the past as a host... But here, sorry to say, its a lost cause and he adds to it...