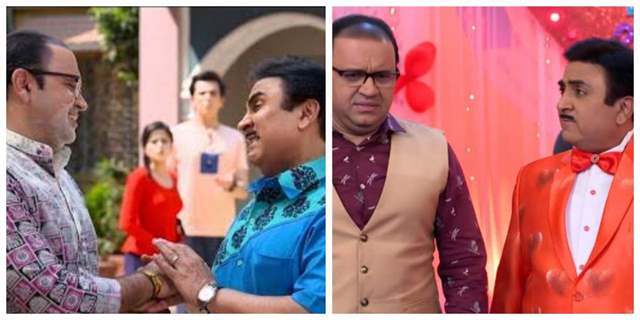 Sab TV show Taarak Mehta ka Ooltah Chashmah has been one of the most loved and longest running shows of Television. Each and every character of the Golkuldham society has now become a household name. Mandar Chandwadkar who plays the role of Bhide in the show got into a conversation with a leading portal where he mentioned that he has been a huge fan of Dilip Joshi aka Jethalal.

Speaking to ETimes TV, Mandar shared that since the time he have started watching TV, he has been a huge fan of Dilip Joshi. He also mentioned that the greatest part of Dilip Joshi is that he is a great human being. He stated that every actor is selfish from within, but Dilip bhai is not. "If we are performing a scene together and I have to deliver a punch, he will let me do it and would not try to over shadow me because he has so much experience or a great actor," Mandar added.

He further mentioned that this chemistry that he shares with him is because he is not a selfish actor and stated that he has learnt many things from him and he is a great actor. Mandar also revealed that he is humourous in real life too and that's the reason he makes his character of Jethalal so funny. The Actor believes that when you start taking yourself very seriously and become very serious in life, your growth stops.

Aamir Khan Can't Contain his Happiness after Turning a ...
6 minutes ago

Shekhar Kapur Appointed as President of FTII Society & ...
12 minutes ago