The death of Raunak, played by the much-adored Jatin Shah in Kasturi, has given a shock to many viewers. Speculations are going on; did Robbie plan his death, or was it someone else? To answer this question, actor Manav Vij who plays Joydeep in Kyunki Saas Bhi Kabhi Bahu Thi comes to the rescue. He will make an entry in Kasturi as Inspector Gaurav Sharma, as he tries to solve this mysterious case, along with bringing some surprise elements to the show. What elements will these be, and how will Manav portray this new role in Kasturi? We talked to this star to find out more. 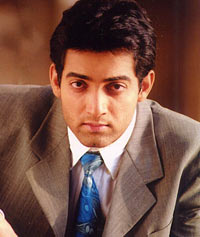 Featured Video
Tell us about your character in Kasturi? “I am playing the role of Gaurav Sharma, am a police inspector by profession. I enter the serial to investigate the death of Raunak. But there is a surprise element attached to the story line, which is what I can say.”

So will Gaurav suspect Robbie for the murder of Raunak? “See, Gaurav will be the person who will reveal to all, who the murderer is. In fact, even when he makes his entry, he knows who the killer is. So this guy will bring in a suspense thriller to the story line.”

Is this a cameo, or your role will extend beyond that? “No, this is not a cameo; the character will have a major part in the future story line", says the actor as he signed off.

14 years ago Can't believe Jatin isn't there anymore. sob.sob. THis will bring in a new twist.

+ 7
14 years ago o comen
u can say what writer gn do,
at the end it wont be robby who killed ronak, i bet its roby mom or dad somthng, i bet these gn hapen,
i so hate the writer,
they beter bring jatin bc otherwise i am so NoT gn watch these serise agin

+ 2
14 years ago Raunak was the raunak in Kasturi!!!Bring Jatin back!

14 years ago hmmmmmmmm nice twist.. will see what will happen...

+ 2
14 years ago Wow can't wait to see him in kasturi...nways I thinks he looks cute these days :P

+ 3
14 years ago The story does need some help! This guy's awesome in Kyunki... *sighs* bring Jatin back!

+ 2
14 years ago tfs:S
he already entered in kasturi like a week ago or so
this article has been posted late ..i guess:S
anyways thanx.