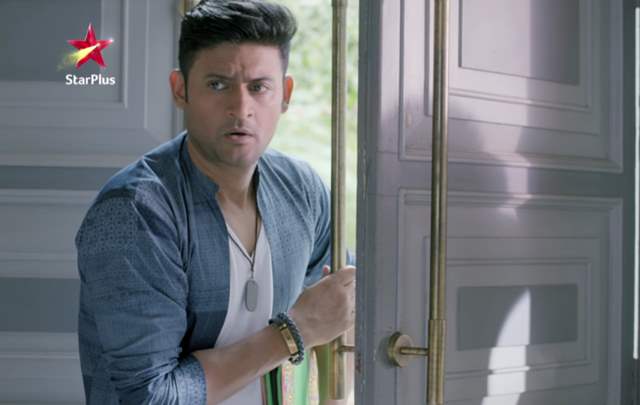 Shaadi Mubarak, featuring Maanav Gohil and Rajshree Thakur in the lead roles is all set to go on-air today evening. The story is a rather different The show promises a journey of self-revelation of two individuals who are extremely different from one another but what keeps them together is respect. While Manav as KT is extremely charming, Rajshree as Preeti is fierce and vulnerable at the same time.

We got into a conversation with Manav aka KT and he got talking about all things show, the lockdown, returning to shoot, among other things. He sure has quite the insight to give about so many things going around, the content, and more.

How has the lockdown been treating you?

It has been great, can't complain much because it has been a blessing in disguise because we have spent a lot of time together as a family. We had a great time, we learned French together, did stuff together, so it was a great time and the family time that was long due and it might not come back, hopefully, but still, a lot of fun.

How overwhelming did it feel to return to the sets after such a long time of no shooting amid a pandemic?

I think that is the right word, because of course one, there is the fear of the virus, and for two, even when we started opening, people started shutting down shoots because somebody was infected. There was a lot of panic, but that helped us to be on the guard and remain extra cautious about how we are conducting ourselves on the sets, so that part was a little challenge. The other challenge was a new show, new team, new people, and a new character, of course, we were all dealing with that as well. Overall, it was pretty demanding I'd say, still is, and we are not done with one month of the shoot yet. But yes, through these challenges I am hoping we can forge goals.

Did you have any apprehensions before getting on board?

There were a lot of meetings that happened between the producers and the channel, along with CINTAA and they were all talking about safety, so everyone was careful about it. And then, there was a separate SOP generated for my household. Shweta is so dynamic about such things, she is extra alert and she was overlooking everything, and my staff was briefed by her. We were also being very strict and as much as I wanted to hug my daughter when I got home, it was a no-no until I had my shower.

How has the response to the promos been? One thing that got you on board as far as the story and the character is concerned?

The story is nice, and the character is interesting but what got me on board is the commitment or the heart of my producers who said that let us make a show that is grey and will be something different also. So they want to approach the same emotions in a different way, they don't want to make something sad, or show a woman being retributed, but they want to show how a woman can stand. In addition, there is a love story, there is romance, a little friendship.

I think the show is interesting and the people are liking it, the promo, the look, and feel, so far I've been getting positive feedback even from corners that can be very critical about my work, like my own family. Shweta is also pretty happy with the way things are looking right now.

Do you think it is difficult to keep the audiences hooked to daily soap despite the progressive content that is being made?

I don't know about what, when, or when, but I think TV has somewhere degenerated in between, from what used to happen a couple of decades back. Very few shows would stand on their own and do good, but a lot of other stuff has been coming in, which might not interest people with intelligence. But the thing is, we are dealing with masses in the country. Having said that, the second point is, will this progressive kind of content on OTT will be a challenging, or motivating for television, I am hoping so. Like I have always maintained, it is not what people want to see that we give, but it is what we give, people will consume, as long as there is quality. So I am hoping that with the way things are happening now, there will be a shift on TV.

I think so because the show is looking really good and it is also a breath of fresh air in terms of the casting. I was a little surprised to see Rajshree and me being cast opposite each other since this is a different way. I don't think people have seen me, romance anyone, in the last 10 years, similarly for Rajshree. So in this light, I think the way the promos have been made, the music, this is going to be a welcome change after lockdown. I believe this is one of the first shows to be launched after the lockdown and that is why it is likely to make you smile a little.

Wishing the team all the best for the show!

Neonholic 1 months ago Pls give us the review of SM quickly !! The show is BRILLIANT !!! ♥️♥️♥️♥️♥️