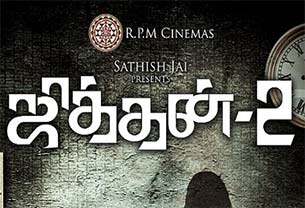 Debutant Rahul Paramahamsa, who is a gold medallist in management studies, is making his directorial debut with upcoming Tamil thriller "Jithan 2". He believes his management degree would help him in the marketing and promotion of his film.

"I feel my education and experience would come in handy in the tougher situations related to the film industry such as promoting and releasing, apart from directing the film, "Rahul said in a statement.

Ramesh-starrer "Jithan 2" is the sequel of 2005 hit film "Jithan", which was the Tamil remake of Ram Gopal Varma's "Gayab".

The sequel will be high on the paranormal element, says Rahul.

"The story in "Jithan 2" will have a lot of paranormal references. In fact, recently Ramesh had trained with a paranormal scientist to understand more about the subject. It has helped him to a great extent," he added.