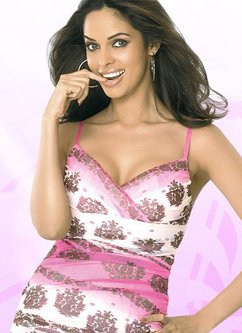 Bollywood bombshell Mallika Sherawat is riding high these days in Hollywood! Sherwat's debut Hollywood movie Hisss just completed production, and the Haryana beauty has yet another venture set into place. Love, Barack, a romantic comedy directed by Doug McHenry, is still in pre-production; however, talks about the movie have already begun. Mallika Sherawat has been roped into play the character of Aretha Gupta, a Democrat campaign volunteer that will be following Barack Obama on his journey to  the White House. It is scripted that Mallika's character was inspired by current Attorney General of San Francisco, California, Kamala Harris. The romantic comedy aspect of the movie jumps into play when Aretha, a democrat, falls in love with a republican campaign volunteer. What will happen to Aretha's love story? Guess we will have to find out when it releases on the big screen!

While it may seem that this is the sole news about Mallika and her Hollywood relations, it is not. The once said "item-girl" of Bollywood, and now the new-found "It-Girl" of Hollywood, has been hanging loose with many well known A-listers of the Hollywood industry.  Mallika was invited to a special event in Beverly Hills last week, where the guest list included names such as, Sean Penn, Owen Wilson, and Ben Stiller.  Now, the buzz is, the beauty has been cordially invited to an art showing by Tom Wait's daughter. Present at the showing was Pirates of the Caribbean star, Johnny Deep. A little birdie tells us that Depp is anxious to view Mallika's film, Hisss. Now if that's not riding high, then what is?