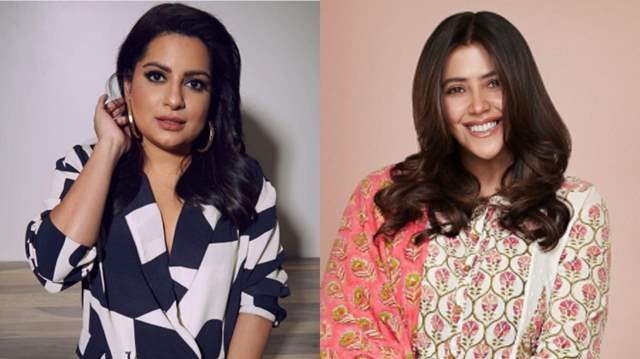 The news of Star Plus bringing back the most coveted show, 'Kahaani Ghar Ghar Kii', on national television has reached the fans. With the new age social media being at the center of spreading the news, the show's re-run has been trending for a while now. One of the most followed comedian Mallika Dua, recently shared the promo for 'Kahaani Ghar Ghar Kii' re-run on her social media, tagging the show's creator Ekta Kapoor. Let's find out what went down between these two!

Kahaani Ghar Ghar Kii's return to television with its re-run on Star Plus is one of the best surprises we've got this year. The channel's official social media handle on Instagram shared the promo announcing its comeback. This caught the attention of the comedian, actress and writer Mallika Dua. She is known for her creativity and lovable personality. The hearty banter amongst Mallika Dua and Ekta Kapoor is an ode to the popularity of the show.

Mallika Dua on her Instagram story, "@ektakapoor shook omg. PB is coming back! Jaldi se homework khatam kar lungi so I can watch."

Have a look at her story:

Ekta Kapoor's witty response on her Instagram story, "Mallika you're making me feel like a Fossil." The bond between the show and its viewers is one of the strongest, and most importantly, the sweetest. This is evident from the interactions between two of our favorite public figures, one of whom conceived the idea of 'Kahaani Ghar Ghar Kii' itself. There are so many different ways to give love to this landmark of a show, and Mallika Dua's adorable post is one of them.