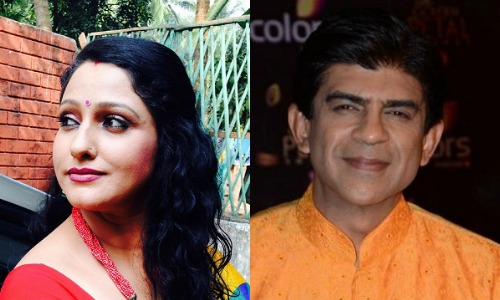 We earlier reported about Momentous Picture Pvt. Ltd's upcoming show tentatively titled as Parineeta on the upcoming channel DD Kisan. The show will be based on the famous novel Parineeta but will be having the backdrop of Gujarat.

Now, through our source we got to know that, popular actress Maleeka R Ghai, who was last seen in Saraswatichandra and Meri Aashiqui Tumse Hi and Ritu Raj Singh, who was recently seen in Satrangi Sasural, have been roped in to play pivotal roles in the show.

Our source informs us, "Maleeka has been finalized to play the character of Sheela who is very fond of Parineeta and wants her son to marry her. Her character is going to be very positive and she will be dedicated towards her husband who is negative. Ritu Raj Singh has been roped in to play Maleeka Ghai's husband in the show who will be the main antagonist in the show."

When contacted Maleeka Ghai, she said, "Yes, I am shooting for the show but can't comment anything on it right now."

When contacted Ritu Raj Singh, he said, "It's too early to talk about it right now, I will comment on it later."

6 years ago All the best ritu raj ji...loved you in Beintehaa as Ghulam haider!

+ 2
9 years ago junoir B's msgs was the best and akshay's was too much funny, btw who is siddhart?
any ways happy valentines day