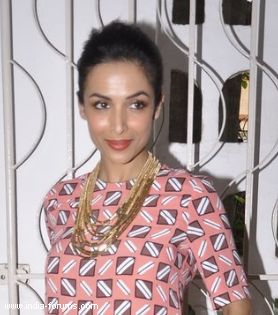 The designer had her reasons to finalise these two personalities who have onscreen images very different from each other.

"Because I was showing a traditional line, Nimrat embodies a modern women who has got talent and acquired craft. Malaika is my sweetheart from earlier times. To me, she is what I was and what I will always be, a women who not only has a face but also a body," Dhaka told IANS before the show.

Inspired by the very verbose iconography of the gota work of Rajasthan, which she has shown in the past too, the designer took it forward this time by enriching it with a soft sensual appeal.

She recreated new styles in the Gota Patti, and placed it against tinsel sheers and lace.

There was extensive use of intricate embroidery elements from between the region of Rajasthan and some from the heartland of Uttar Pradesh, rearranged in a layered, lace-like manner.

Techniques of zardozi, kamdani, ari, lace and metallic gota were blended with tonal beading and soft embroidery to create a look of romance -- all in all, a refreshing collection for all style connoisseurs.