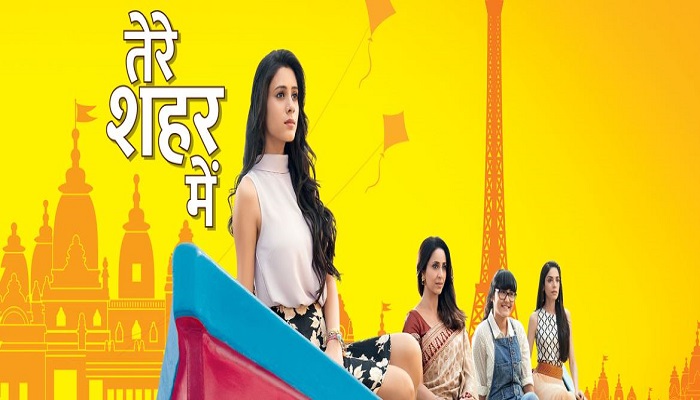 We earlier reported about the upcoming storyline of the show will unfold the past life of Dev (Bhupinder Singh) and Sneha (Gautami Kapoor) where it will be revealed that Rachita (Anjum Fakih) is the illegitimate daughter of Dev and Sneha. Now, we heard that Tere Sheher Mein has a lot more new twist and turn to unfold this week.

Our source informs us, "There will be a dramatic revelation of truth of Rachita that will come out in open in front of Sneha's family. As the story progress, it will be shown whether they will come closer to their daughter or they will be apart."

"On the other hand, Mantu (Dhruv Bhandari) has fallen in love with Amaya (Hiba Nawab) and after giving a 30 days challenge, Uma has started preparing for her wedding with Mantu. Knowing the truth that Mantu has fallen for Amaya, Uma will plan something bigger to create a rift between Mantu and Amaya. There will be passionate romance between Mantu and Amaya to be seen in the upcoming sequences of the show that will also including some song sequences," added our source.

When we contacted Dhruv Bhandari, he said, "When Mantu comes to know that Amaya has gone through with lots of hard ship to win Amar Jodi Competition. He starts feeling for Amaya.Love is in Air! Very soon the audience will see an intense and passionate love story between Mantu and Amaya. In the coming episodes of Tere Sheher Mein, Mantu will confess his Love."

Talking about the same, Hiba Nawab aka Amaya told us, "The audience have seen the sudden change in my character from spoiled little brat to a very simple, understanding, mature, hardworking girl who has also started liking Mantu as well as the city of Banaras. Now in the show there is destiny v/s love and Amaya will fight with her destiny to win her love Mantu."

Will Amaya be able to win her love? What will be Rachita's fate? The upcoming track of the show has a lot more to unfold for its viewers!

arvign 5 years ago Tere Sheher mein has a great cast. The young actors have really improved over the months and the senior actors are a treat to watch. Best and most realistic show on star plus

5 years ago Where is Rachita's story? When will Mantu confess? He is only crying and getting manipulated by Uma. :(

+ 3
5 years ago I am finally warming up to Tere Sheher Mein's pace and actors because the story and its characters have shown such progression in a beautiful way.

+ 2
5 years ago eagarly waiting for the episode,,,,TSM is a best tv serial
keep rocking hiba nawab and dhruv bhandari

+ 4
5 years ago so lots of twist and turns..great.TSM is rocking serial.

5 years ago Waiting for the epiode! Waiting for all revelations and episodes on the way! TSM rocks!