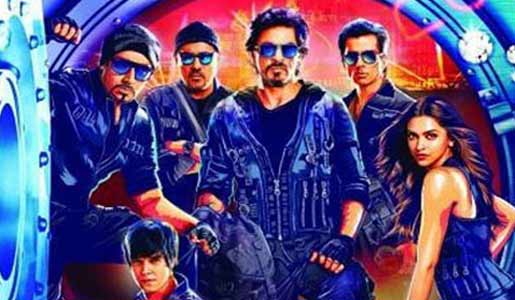 Filmmaker Farah Khan says while making "Happy New Year" (HNY), a heist drama, the challenge was not to take anything that she had seen in films made on the same subject.

"The biggest challenge was to keep the film original. Heist is a formula film, so the challenge was not to take anything from any heist movie" said Farah at the launch of the film's first trailer here Thursday.

A typical Bollywood entertainer catering to the masses, the ensemble drama's cast is starry in every sense.

If Shah Rukh Khan and Deepika Padukone play the lead roles, Abhishek Bachchan and Boman Irani, known for their comic timing, as well as Sonu Sood, who loves to flex his muscle on the big screen, join them.

Then stylish Jackie Shroff features as the bad man.

And if Farah had roped in Naseeruddin Shah for her debut film "Main Hoon Na", for HNY she has zeroed on the veteran actor's younger son Vivaan to make the cast interesting.

This is Farah and Shah Rukh's third film together and apart from other ingredients, the former has thrown in good dose of action too, but with an interesting twist.

"We have changed the action in the film. There are no guns in the film and this is so because my son Czar doesn't like watching guns," said Farah.

"If there is a lady who knows aggression and action, it is Farah," said Shah Rukh humorously.

"It has lot more action than the first two films," he added.

Produced by SRK's Red Chillies Entertainment, the film is set to release during Diwali.