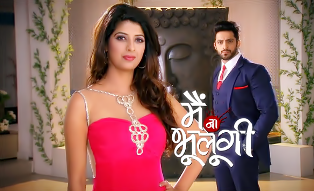 Sony TV's Main Naa Bhoolungi produced by Beyond Dreams and Dancing Waters has been struggling hard to rise up on the Television Rating Points charts and get good viewership from the audiences. The creative of the show have been flexible enough to come up with new tracks and twists to entertain the audiences. But alas, every good thing has to come to an end.

The news was out some time back that the show Main Naa Bhoolungi gets an extension till August. But according to our sources, "The show was supposed to go off air in August. But there are some really interesting crisp twists coming up in the show due to which the channel has given further extension of two more months."

The interesting twist that has hyped in the whole of media is something everyone is waiting for. All that we know of the so-called twist is that something drastic is going to happen in Aditya' life (portrayed by Vikas Manaktala).

While we are trying out to find out what that twist is, you fans, rejoice because your favorite show has got a further extension of two months.

Hopefully this time it attracts the viewers and creates some stir amongst the audiences.

6 years ago I like this show,but... Why not end some of these shows when all the twist and turns r resolved? I don't get it...

+ 2
6 years ago Even finite shows are being dragged and keeps getting extensions!!!!

+ 2
6 years ago they are just dragging it rather makin it interesting, and i am surprised HOW THIS SHOW IS GETTING an extension after TRP of 0.8 and 0.9. Though m a regular follower of the show !!! :)


They've got to be kidding! The show was already dragging now they're going to drag it more.

+ 2
6 years ago reading the article - a bit confused re. extension. two weeks ago the show had got an extension of 2 months i.e. till august (as show was for 6 months - last till June) so has the show got another 2 months extension so that it will now end in October??!!!!!

its being a fshoin in bollywood industrie that songs are getting stolen s whats new?