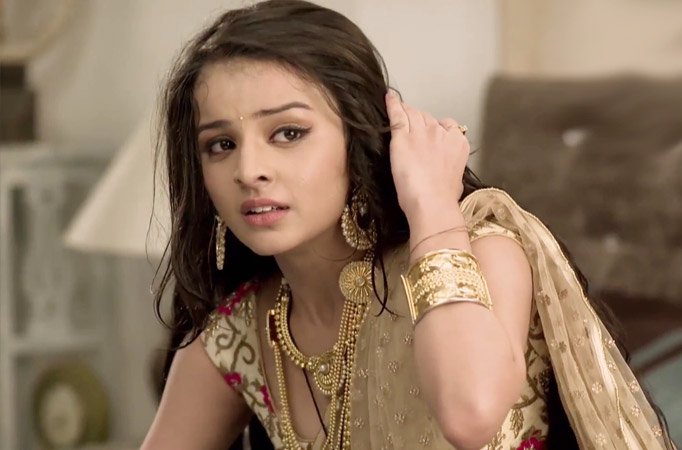 Star Plus is back with a treat for its viewers with its newest show, Chakravyuh. The show boasts about starring ace actors like Sangeeta Ghosh and Narayani Shastri in the lead roles and the viewers will not be able to control their excitement over the show's unique plot.
Encircling the bitter side of the relationship between the mother and daughter, the show will showcase the life of a royal industrialist family.
Mahima Makwana, the charming actress who has spelled magic before on the small screen with her stellar performance in shows like Adhuri Kahani Humari at a very tender age, will be seen in a pivotal role on Star Plus' next big show, Chakravyuh. But all is not well for the young actress. She was recently in the news for her unusual look and long hair in a typical 'Shiv bhakt' avatar. Her new wig was the talk of the town where she had to portray a typical Banarasi girl living on the banks of river Ganga.
Though the look worked out well for her, she ended up injuring her head when the same wig was caught in a standing fan and she ended up banging her head against a wall. The 17-year-old actress was severely injured and the entire crew came to her rescue.
"It was a terrible moment when my wig got caught in the fan. Before I could realize what was happening, I banged my head against the wall and there is a huge bump on my head right now. But the entire crew ran to my aid and they really helped me out like my own family", says Mahima.
Chakravyuh will be aired soon on Star Plus.
1 Likes

Alikhan2158 3 years ago Love u sooo much Mahima Makwana. Please take care, acting is not an easy job at all. It's not a cakewalk. Get well soon. Will pray for u. All the best for Chakravyuh. The storyline looks promising. I'm looking forward to it. Chakravyuh, for those who don't know will replace Mere Angne Mein very soon

gkiranseo 3 years ago Very unfortunate for this incident happened to Mahima makwana on the sets of Chakravyuh.