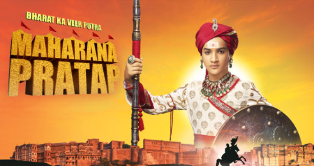 The story of historical TV show Bharat Ka Veer Putra - Maharana Pratap will go into fast forward mode in a few months, according to a source. It is likely to be a "big" leap.

"Some fresh faces will be seen making an entry in the show, thereby giving a new twist to the storyline. Also, Rohit Purohit has been approached to play the grown up Maharana Pratap," a source said.

The show, inspired by the life and times of the 16th century Rajput ruler, airs on Sony Entertainment Television. It won six awards at the 13th Indian Television Academy Awards last year.

+ 2
7 years ago Yep, no jaldi for leap ya! I mean just look at the kids..and the epis gone by! they are tooo good! (clapping and seetee maroing ;) hopefully we will and want to see the marriage with Kid PrAja :) (and its ok if ul dont show SRs and all...we dont want it either :p)

+ 5
7 years ago PLEASE CVs go for the leap but easily,we know it is a historical show but we also need to go through the kid's track equally. they are also part of history .. hope CVs won't be unfair and give the kids proper track!
PrAja rockz

+ 4
7 years ago nehiii...what the yrrr...whats wrong with you people leap gonna take in few months right?? then what about this news flashes so soon to us..breaking our heart...
cant take it more... no more leap talk yrrr...
recent track is more then beautiful ever MP shows or gonna shown in future...
gosh i dont want a leap so soon...at least not before six-month..i am in so love with younger MP and his love Ajabde...

+ 2
7 years ago I am in love with the bachcha's right now ..and don't wanna think about the leap though it is bound to happen but we didn't have enough of the kids yet , hope to get at least 3-6 months with the kids they are super talented and truly amazing!!!

+ 2
7 years ago :'( I so dont want any more articles on leap...shaanti se enjoy karne do yaar baccho ko :( I love my kid PrAja...love Faisal, Roshni, Jannat, Vishal - all the superkids and the kid playing Chakri...they all will be missed &lt;3

+ 2
7 years ago I don't want leap plz.
Without faisal can't imagine anyone as MP.