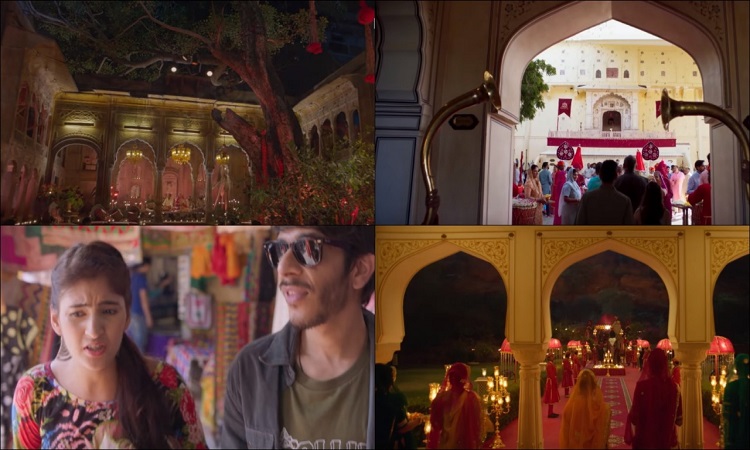 Glimpses from the upcoming web series Made in Heaven treat the fans with wedding goals with the elaborate wedding set ups.
The wedding season came in early this year with the release of the trailer of Amazon Prime Video Original's upcoming web series 'Made in Heaven' which is produced by Excel Entertainment.
The Zoya Akhtar and Reema Kagti creation traces the journey of two wedding planners and unveils the scandalous reality behind the big fat Indian weddings.
Presenting multiple setups with intricate details, the weddings from the show have generated immense curiosity amongst the audience. Shot at multiple locations in Delhi, Made in Heaven provides picture perfect wedding decors.
Zoya Akhtar, Nitya Mehra, Alankrita Shrivastav, and Prashant Nair along with Reema Kagti collaborate to showcase the various facades of a wedding.
Starring Sobhita Dhulipala as the poised and graceful Tara Khanna and Arjun Mathur as the charming and gritty Karan Mehra, Made in heaven chronicles the lives of the two wedding planners.
Supported by Shashank Arora as Kabir Basrai, Shivani Raghuvanshi as Jazz, Kalki Koechlin as Faiza Naqvi and Jim Sarbh as Adil Khanna, the show promises power-packed performances.
Shweta Tripathi, Pulkit Samrat, Amrita Puri, and Manjot Singh amongst others play pivotal characters in the lives of Tara and Karan.
Produced by Ritesh Sidhwani and Farhan Akhtar under the banner of Excel Entertainment, the Amazon Prime Video Original created by Zoya Akhtar and Reema Kagti is all set to release on 8th March 2019.