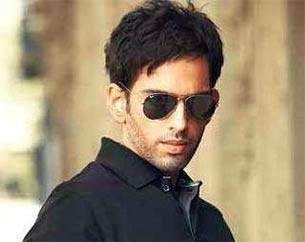 Luv Sinha is trying his best to make sure that his return to the big screen stuns with some awe-inspiring stunts! The actor recently took a stunt training workshop in Hong Kong, and says the experience was amazing.

Luv made his Bollywood debut with ""Sadiyaan: Boundaries Divide... Love Unites" in 2010. Now he will be seen in a film to be helmed by Umesh Shukla. He is said to be going out of his way to ensure that from the script to the stunts - every aspect of the movie is well etched-out.

That's why he made a 14-day trip to Hong Kong last month and returned to Mumbai in time to ring in the New Year, said a source.

For Luv, it was an enriching experience.

"Hong Kong is a city of action. Everyone is on the move and there is a lot of energy in the air. I was happy to be in a city where some of my favourite movies and actors are from. The opportunity to train there in the action and stunt workshops has been an amazing experience," Luv said in a statement.

"Their stunts, the action techniques are very different and that makes it an enriching experienceto learn all I couldduring my time there," he added.

Luv's role in the new film is said to require a great amount of intensity and action. Hopefully, the workshop works in his favour as he already seems to be beefed up to suit his character in the film.