Just when you thought Shah Rukh Khan's 'Om Shanti Om' was the last take on Bollywood's inside story, Zoya Akhtar makes her directorial debut this Friday with 'Luck By Chance', a serious dig at the industry. 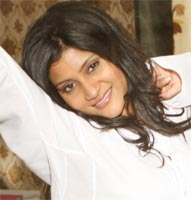 Featured Video
Already in the news for its brother-sister camaraderie, the film has been written and directed by Zoya and is the story of an aspiring actor who arrives in Mumbai to make it big in Bollywood. And penning the script seems to have been a cakewalk for Javed Akhtar's daughter.


'This was quite an easy film for me to write. From start to finish, it took me no extra research to pen the story down. It is so because I've seen a lot of strugglers who come to Mumbai make a living out of Bollywood. Also, I have friends who came from Oman and Assam and are doing fairly good work for themselves,' Zoya told IANS in an interview.


Produced by Excel Entertainment in association with Big Pictures, 'Luck By Chance' stars Zoya's brother Farhan Akhtar in the lead, who was last seen in his hit debut 'Rock On!!'


The movie is already making its mark in people's minds with its unique promos and rumours that it is Bollywood's next 'Om Shanti Om', considering its behind-the-curtains portrayal of the Hindi filmdom.


'Zoya has really put together a fantastic script and characters in the movie. The film is unique in its approach.' 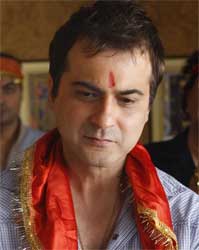 The soundtrack of the film is already a hit with its experimental music and oft-hummed tunes courtesy composer trio Shankar-Ehsaan-Loy.


Featuring a robust mix of songs from multiple genres, the film's medium-paced songs have already enforced the audiences' to shake a leg as well as brood in silence with its varying tempo.


Considering the volatile situation in terms of business in Bollywood, the year started on a disappointing note and has managed so far to give a hit only in Vishesh Films' horror thriller 'Raaz - The Mystery Continues'.


What is to be seen is whether audiences would hold onto their seats for another behind-the-scenes Bollywood potboiler.


Zoya though is quite confident about the box-office results for her maiden venture.

'I don't think any film made on Bollywood has not done well. At least, I have liked all of them whether it be 'Guddi', 'Rangeela' and 'Om Shanti Om' ... and all of them have done well too,' she said.